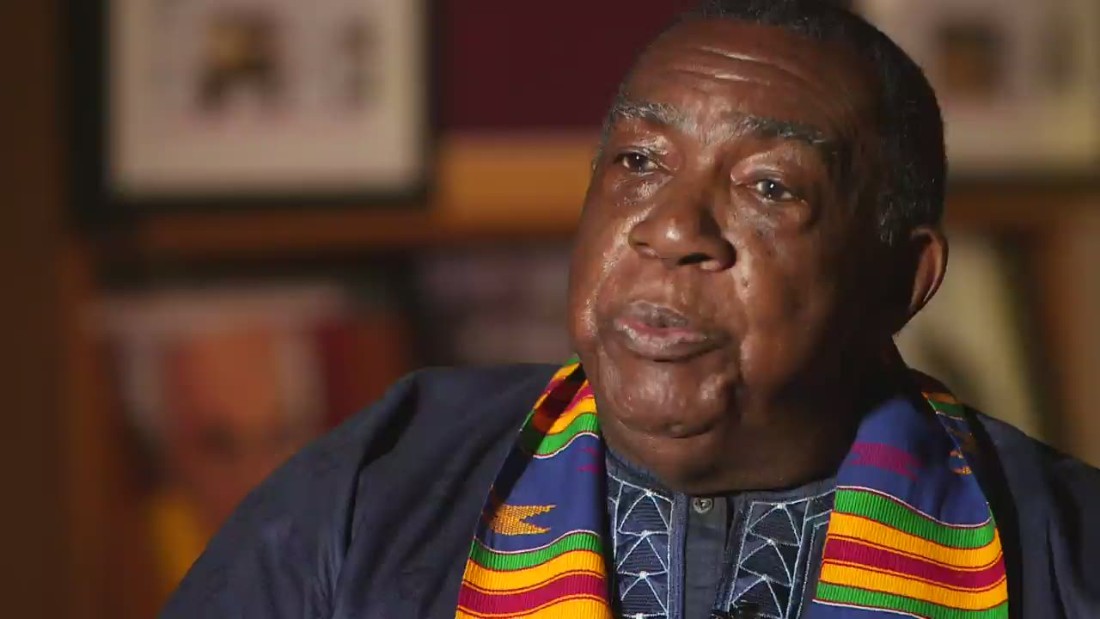 About a week before the 53-year anniversary of the assassination of Malcolm X, one of his closest friends, A. Peter Bailey, visited a class at Howard University to talk about his experiences in the Black press, more specifically his knowledge of Black magazines.

“So often we only read about and hear about people who walked with Malcolm X, who experienced racial segregation and who worked for Ebony during the formative years,” said Professor Hazel Edney, an adjunct journalism professor in the Cathy Hughes School of Communications. “A. Peter Bailey is not only live and in person, but he is willing to share his experiences and perspectives with students in order to sharpen theirs. This, to me, is the most powerful kind of classroom education.

The self-proclaimed “Malcolmite” co-founded the Organization for African-American Unity along with Malcolm X after Malcolm X left the Nation of Islam and was the editor of the organization’s newsletter, Blacklash. Bailey was an editor for Ebony Magazine from 1968 to 1976 and started the first class on the Black Press at Virginia Commonwealth University. He also happens to hold the most extensive collection of the first issue of the first volume of Black Magazines. The Newseum even borrowed his collection for an exhibit on the Black Press. Regardless of his friends calling him a hoarder, Bailey has always been a collector.

“I remember when my grandmother subscribed to Jet magazine. I was 13 at the time and I used to devour that magazine, because that was my connection growing up in that small town in Alabama,” said Bailey. “Jet magazine became my connection with the Black national community.”

He first starte3d collecting comic books as a teenager, but after he came back from serving in the military, he found that his mom threw away his collection. The self-claimed collector brought about 20 magazines along with him and sat on the edge of the stage in Screening Room West and displayed them one by one and gave a little background on the history of magazine cover.

“When I decided to start collecting, I want3ed to do something different. I didn’t want to just collect magazines,” said Bailey. “So, I came up with the idea of collecting volume one, number one Black magazines. The first issue. Right now, my collection consists of 92 magazines, and I have the complete magazines—not just the covers.”

Students greatly appreciated him bringing in his magazines, including Chanté Russell, a sophomore majoring in journalism from Raleigh, North Carolina.

“As someone interested in magazines, I very much appreciated Mr. Bailey’s work and collection. Black magazines once played a major role in our culture, but that’s fading so it’s good to see him keeping it alive,” said Russell.

Nearing 80-years-old, Bailey recalled how the Black Press “politicized” him. Growing up in Tuskegee, Alabama, a predominantly Black county, he never had to deal with the dangerous racism that plagued parts of the south. In fact, where he grew up, Black people had economic power.

Reading Jet along with the historic Pittsburgh Courier kept him connected to the Black national population. When Jet famously published the infamous photo of Emmett Till in his casket, he knew he was to take action. “I read both of them every week. When Jet magazine published that very famous photograph of Emmett Till, by that time I was 17, continued Bailey.