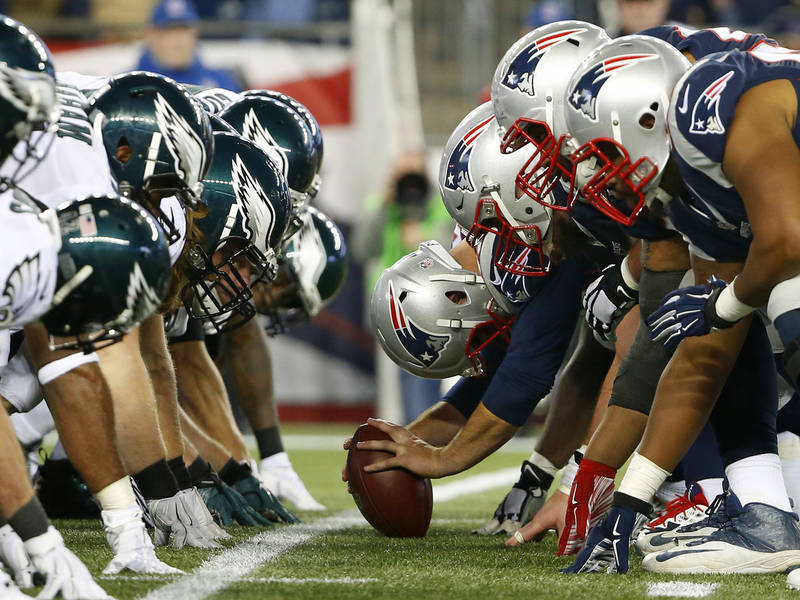 Who will win the Lombardi Trophy? The New England Patriots and the Philadelphia Eagles Face-off in Super Bowl LII

As many pundits predicted before the NFL season, the New England Patriots are in Super Bowl 52 and are favored to bring home the Lombardi Trophy in back-to-back seasons. On the other hand, some analysts expected the Philadelphia Eagles to advance to the big game at the beginning of the season. However, the Eagles’ chances slimmed after starting quarterback and leading MVP candidate Carson Wentz suffered a torn ACL against the Los Angeles Rams in Week 13.

Nevertheless, the Eagles persevered and have earned the right to play against arguably the greatest NFL dynasty of all time. The Patriots are favored by 5.5 points, making the Eagles the biggest underdog since the Arizona Cardinals played the Pittsburgh Steelers in 2009. But this game is much closer than Vegas might think.

Here are the three “must-dos” for each team:

Blitzing is death versus Brady. Brady has a 96.9 passer rating against pressure. The key for the Eagles is to pressure Brady while giving the defensive backs as much help as possible. Fortunately, the Eagles possess one of the best front fours in the entire league. While the Patriots’ AFC title contender, the Jacksonville Jaguars, had a more sack heavy unit, the Philadelphia Eagles have depth on their defensive line. The Eagles have four defensive ends that could be starters somewhere else in this league, illustrating the importance of depth value. This could become a huge factor if the Eagles gain a lead in the fourth quarter and have to maintain it. If the Eagles defensive line plays as well as it did against its NFC title contender, the Minnesota Vikings, then Sunday could be a day to forget for the Patriots.

At its best, Philadelphia’s defense forces teams to become one dimensional. The Eagles had the best run defense in the NFL this season only allowing 79.2 yards per game. The Patriots have already been one of the worst rushing teams in the league throughout the postseason only averaging a 73.5 yards a game. That mark is the third worst out of any team to play in the postseason this year and lowest out of any of the teams that made it to the respective conference championships.

Foles was thrusted into the starting spot after Wentz’s stunning injury. Foles was horrid to end the season and struggled to move the ball in each of his last two games. In the second round against the Atlanta Falcons, Foles again struggled, throwing for 246 yards and 0 touchdowns. Yet, against the Vikings, Foles had the best game of his career throwing for 352 yards, 3 touchdowns and a 141.4 passer rating.

Which Nick Foles will show up on Sunday: The Foles who torched the Vikings and threw three beautiful touchdowns passes or the one who couldn’t throw the ball further than 10 yards down the field.? This will be the ultimate determiner in whether the Eagles will secure the organization’s first Super Bowl win.

The Patriots will have a much easier road to victory than the Eagles, mainly because of its wealth of Super Bowl experience and victories.

Tight end Rob Gronkowski suffered a concussion during the AFC Championship game against the Jacksonville Jaguars. Gronkowski has stated that he believes that he’ll play in the Super Bowl, despite having not been cleared by doctors. Without Gronkowski, Brady loses his best and most trusted receiver, drastically changing the Eagles defensive strategy. The absence of Gronkowski will make it demonstrably harder for the Patriots to secure their sixth Super Bowl victory.

The Patriots have trailed at some point in every playoff game this offseason and that strategy is not normally conducive to winning. Still, the Patriots have returned to the Super Bowl. The Patriots have popularized the word “comeback,” after overcoming a 25-point deficit against the Atlanta Falcons in last season’s Super Bowl.

The Patriots must stop the run game of the Philadelphia Eagles and force Nick Foles to command the game. The Eagles had the seventh best rushing offense in the NFL with 103 rushing yards per game. Inversely, the Patriots were ranked 20th against the rush giving up 114 yards per game. If the Patriots allow the Eagles to run the ball, the Eagles will control the clock and keep the ball out of Brady’s hands as much as possible. Unfortunately, that’s bad news.

My prediction is a 26-23 victory for the…Philadelphia Eagles.