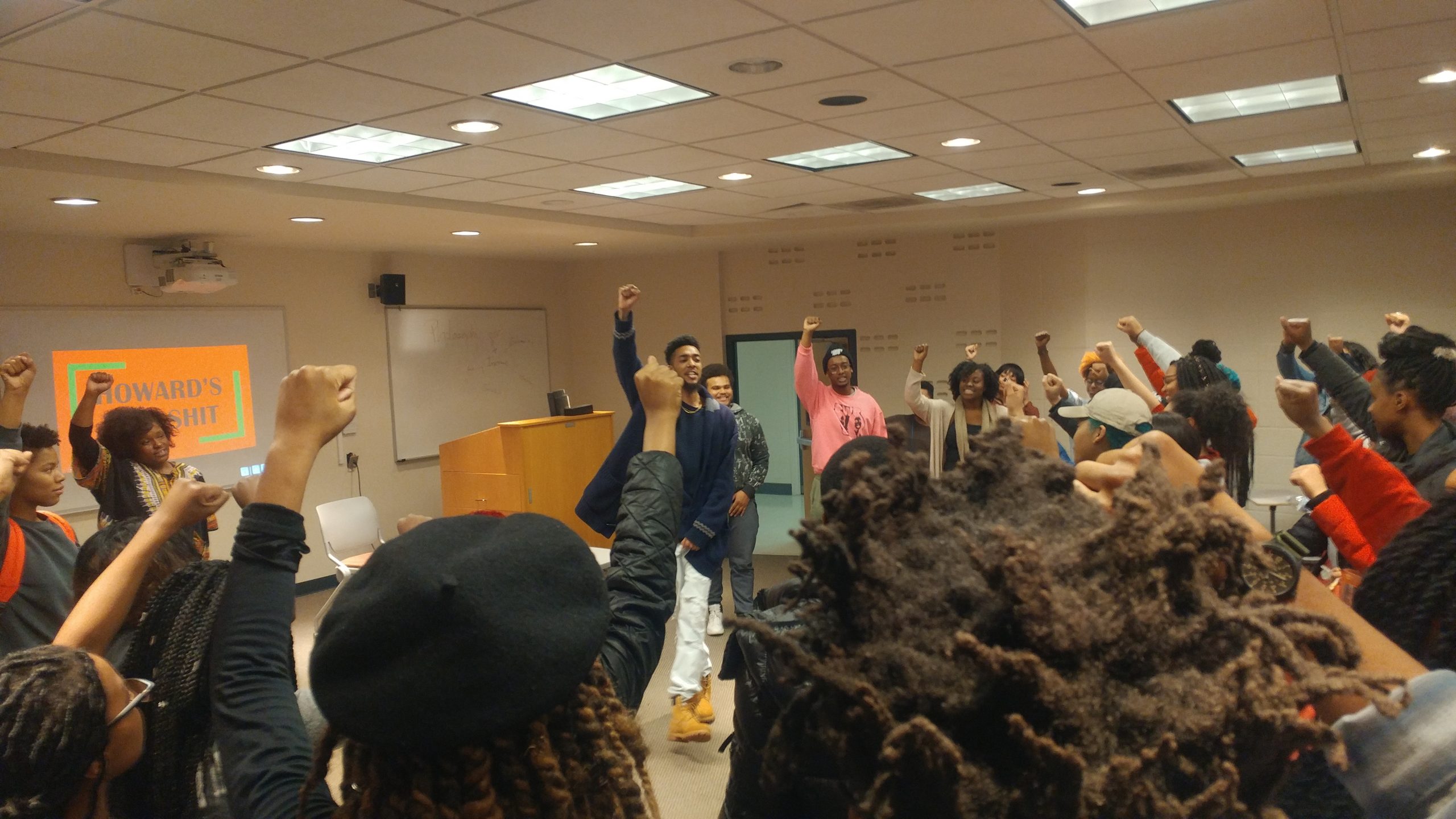 The concerned students of #HUResist convened Thursday, Jan. 25, at 7:30 p.m. in Locke Hall for their first interest meeting of the semester. They took the opportunity to introduce their ideals and thought processes to those who were not familiar, as well as outline their steps for what they hoped to accomplish this coming semester. The meeting location had to be moved due to the size of the crowd. The student group covered topics ranging from the grievances students may have had with the current administration to the initiatives #HUResist was involved in for the local homeless population.

#HUResist is a student group formed in Feb. 2016 dedicated to the mission of, in the words of poet Sonia Sanchez, “[making] sure that Howard University fulfills its mission to [us].” Through advocacy, protest and community works, the group hopes to hold Howard administration accountable for its actions as well as improve the surrounding community.

The organization, as it stands, is deeply dissatisfied with the treatment of Howard students by the administration. They find it unacceptable how failing infrastructure, lack of accountability and lack of transparency are a pattern that defines the current administration. This is one of the major objections the group hopes to address through their protests. The Hilltop spoke to founding member Juan Demetrixx about what the group is attempting to do to advocate for Howard students.

“We’ve been in contact with HUSA to try to set up a meeting to address the needs of the student body as the state of the university exists right now,” said Demetrixx. “We’re waiting on the email to come back. We’re trying to link up with HUSA and any other student organization that are doing what we’re doing.”

During the meeting, the organization also outlined its involvement with a few community service works. Some of these initiatives consist of a survey for the greater Howard community that will “provide black and brown communities with a chance to voice needs and conceptualize ideas of freedom for their realities.” This survey contains questions such as ‘What do you think the community needs more of?’, ‘How do you feel about your community?’ and ‘In your opinion, what is freedom?’ Community service works are a pillar of the organization. According to Demetrixx, there is a schism that exists between Howard University students and “block boys” or those who live in the area and do not attend the university. This is a historic rift between the two communities that #HUResist is attempting to mediate.

The organization made it clear that it is shaped by socialist and communist ideals, mentioning that these views are held by members of the group. They, however, do not see themselves as a socialist or communist organization, simply an anti-capitalist organization. They believe the students and the surrounding black community will benefit from the dismantling of capitalist institutions and this rhetoric is intertwined with their tenants of student advocacy and community service.