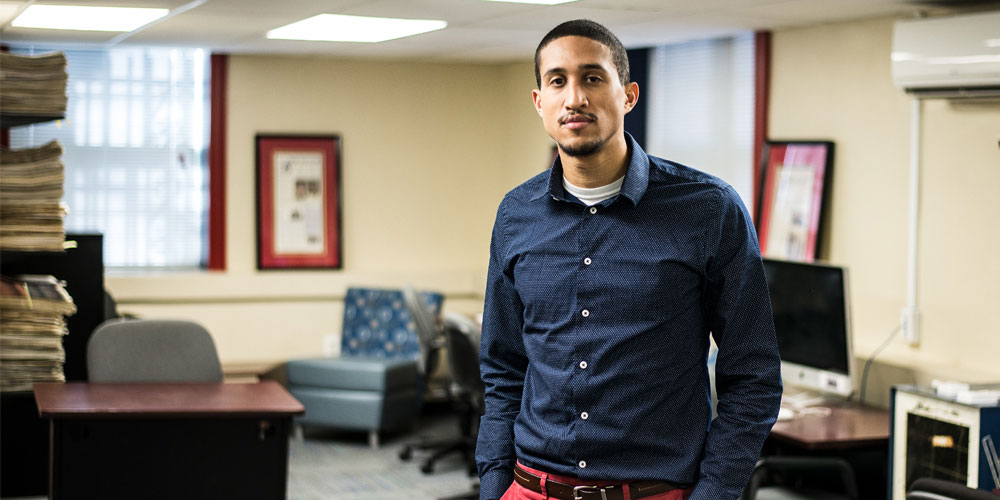 Letter To The Editor: Zora’s Legacy and the Need For The Mecca To Honor Her Gift

I write to express a sincere happy anniversary to Howard University’s student newspaper, The Hilltop! Since 1924, The Hilltop has been a beacon of light and the student voice of Howard. Ninety-four years later, the words written, the visuals given, and the tool co-founded by Zora Neale Hurston is more important than ever.

For students who may not know who Zora Neale Hurston is (and shame on you if you don’t, but won’t hold it against you!), Zora was one of the most prolific African-American female writers of her time. The Eatonville, Florida native studied at Howard University from 1918 to 1924 where she ultimately helped create the “Student Voice of Howard University” along with fellow student Eugene King. The Hilltop was initially a monthly publication for the discussion of registration follies and campus events. As time progressed, this publication would help Howard students, faculty, staff, and the D.C. community stay abreast on what was going on at The Mecca. Ninety-four years later, The Hilltop has transformed into a tool of liberation and an outspoken advocate for both students and the unsung locally, nationally, and worldwide.

A couple weeks ago, Zora’s 127th Birthday passed on January 7, 1891 and along with that, a sincere thought came to mind as to how she would think of how The Hilltop has become since its beginning. A part of her I’m sure would be extremely proud in how the current staff is doing in their efforts to give the best stories, perspectives, and insights from all of what is occurring in the present day. However, I feel that she would want to continue to encourage Howard students to write, write, and write to ensure that the newspaper continues to be the radical publication that challenges the current status quo.

There is a dire need for Howard University to continue to elevate itself to be a premiere, first-class institution. With the recent cold winter that has pretty much affected Howard all across its campus (to where even now repairs and construction is still continuing weeks after the aftermath), with students not having the necessary resources to ensure classes and their well-being are secure enough to allow them to successfully move through their Howard journey, to even the lack of confidence from students towards Howard leadership (in being able to actually have full confidence more so), The Hilltop is where it needs to be to continue to give a voice to the voiceless and to hold the powerful accountable.

The challenges I’ve noticed from The Hilltop staff has been the lack of resources that newspaper needs to thrive in 2018, the implied lack of care of The Hilltop from many students and some alumni, and of course the current fast-paced news cycle that rolls by on a daily basis in the digital realm.

With mentors such as Lorenzo Dow Turner, Alaine Locke, and Georgia Douglas Johnson, it’s no question Zora was ahead of her time in the way she critically thought and wrote in her novels and writings. That same energy needs to continue to be transferred into The Hilltop…but with every staff that takes over each year, there is a dire plead for students to join them and to commit to the paper.

With being a former editor of this beloved newspaper, The Mecca NEEDS to HONOR the GIFT that Zora GAVE to Howard. The Hilltop is RADICAL (read that again), and should not be a voice box or public relations messenger for the university. Howardites should be fearless in their writing and the way that they move on campus in order to bring real change to the university. I strongly advise if you are reading this to consider involving yourself in The Hilltop (even if you think you can’t write, go to Moorland-Spingarn Research Center (MSRC) and read compelling point of views and stories from students who were just like you!).

“Our objective is to motivate our readers to be dedicated to serving our people and rebuilding our communities. We do this by providing relevant news, information, pictures, art, and ideas. Like a sword, The Hilltop is a weapon for freedom, and truth is the foundation of our efforts.”

Students of The Mecca: Keep Zora’s legacy alive by ensuring The Hilltop stays alive and well with the powers of your pens.

“Beneath the rule of men entirely great, the pen is mightier than the sword.”