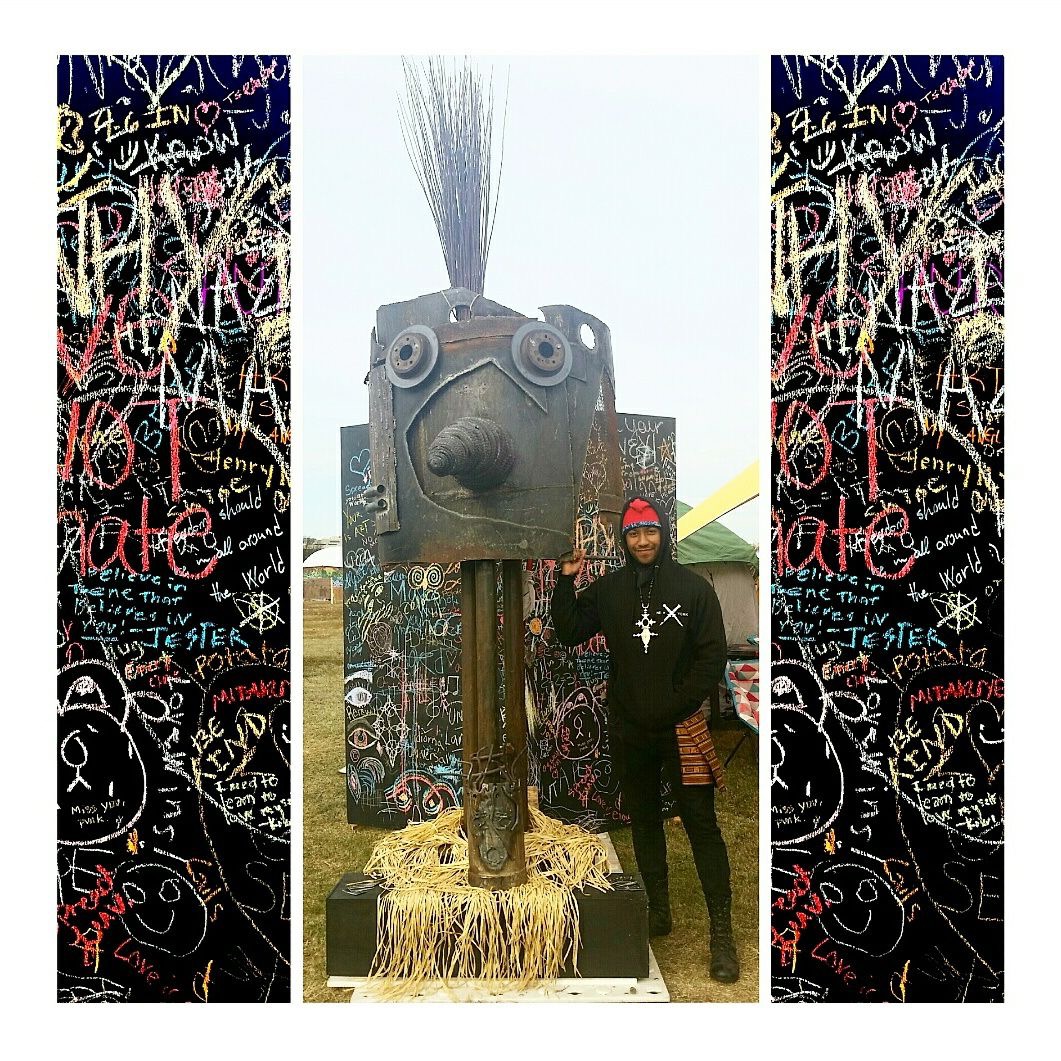 Brian Green is currently the only and last sculpture major at Howard University, after his graduation in May this matriculation scheme will be discontinued. He spent his final fall semester building a 9-foot tall sculpture that was featured on Washington, D.C.’s National Mall in Catharsis On The Mall of Vigil Healing 3 day art festival.

Green said, “I hold the responsibility to keep a legacy for Howard on my own and I was honored Catharsis asked me to be a featured artist.”

The 23-year- old native to Richmond, Virginia built Afrocentric artwork Da Wa Da. This 1,000 pound, 9-foot tall, kinetic sculpture made from scrap metal Howard University threw away after knocking down one of their abandoned buildings on Sherman Avenue. The functionality of a kinetic sculpture was a high priority since this artwork was built as a tribute to Green’s brother who is a dancer.

The first major step in Green’s legacy is his series of kinetic sculptures called Basic Street Alchemy that he considers to be “dancing sculptures” because they literally move on their own.

Green expressed being the only Black artist out of twenty-seven featured in the event, numerous guests were surprised that he was a featured artist. Green does not hold a negative view on Howard discontinuing his major due to the lack of students registering for this scheme but this experience of people being surprised that he was qualified to be a featured artist pushes him to become a notable sculptor. Which unintentionally his success may one day make Howard reconsider their decision and reopen this major as an option.

The structure of Da Wa Da resembled a bird, by fortunate coincidence another sculptor by the name of Debbie Baxter whom has fame for building giant birds nest for people to photograph themselves inside of exhibit was placed so close to Green’s they both decided to pull their artwork together on the last day of the event.

Green said, “this is a very tight net community so most sculptures work together on projects.”

He then continued on to compare this skill to an elevator operator, there are not many people in this job field and not every one can do it but it is still a needed service. Catharsis On The Mall of Vigil Healing is a sub show in the nation’s capital thrown by the Burning Man another art show held in the Nevada desert with over 50,000 attendees each year.

To be featured in the Burning Man is one of Green’s ultimate career goals. These events are famously known for show casing various types of sculptures such as a twenty foot tall tribute burn (burning wood) that sits in the center of the field and a babraxas which is a school bus designed as dragon with performers on its roof while it drivers around the perimeter of the event.

Aric Catimbang, 20, native of Prince George County said, “the art displayed is very unique and definitely worth standing in the cold to see and talk to these artist, simply amazing.”

Green pictures his end state career goals as a figurehead artist, pioneering his own gallery that turns into a music venue at night so he may entertain through art, teach, as well as inspire others.