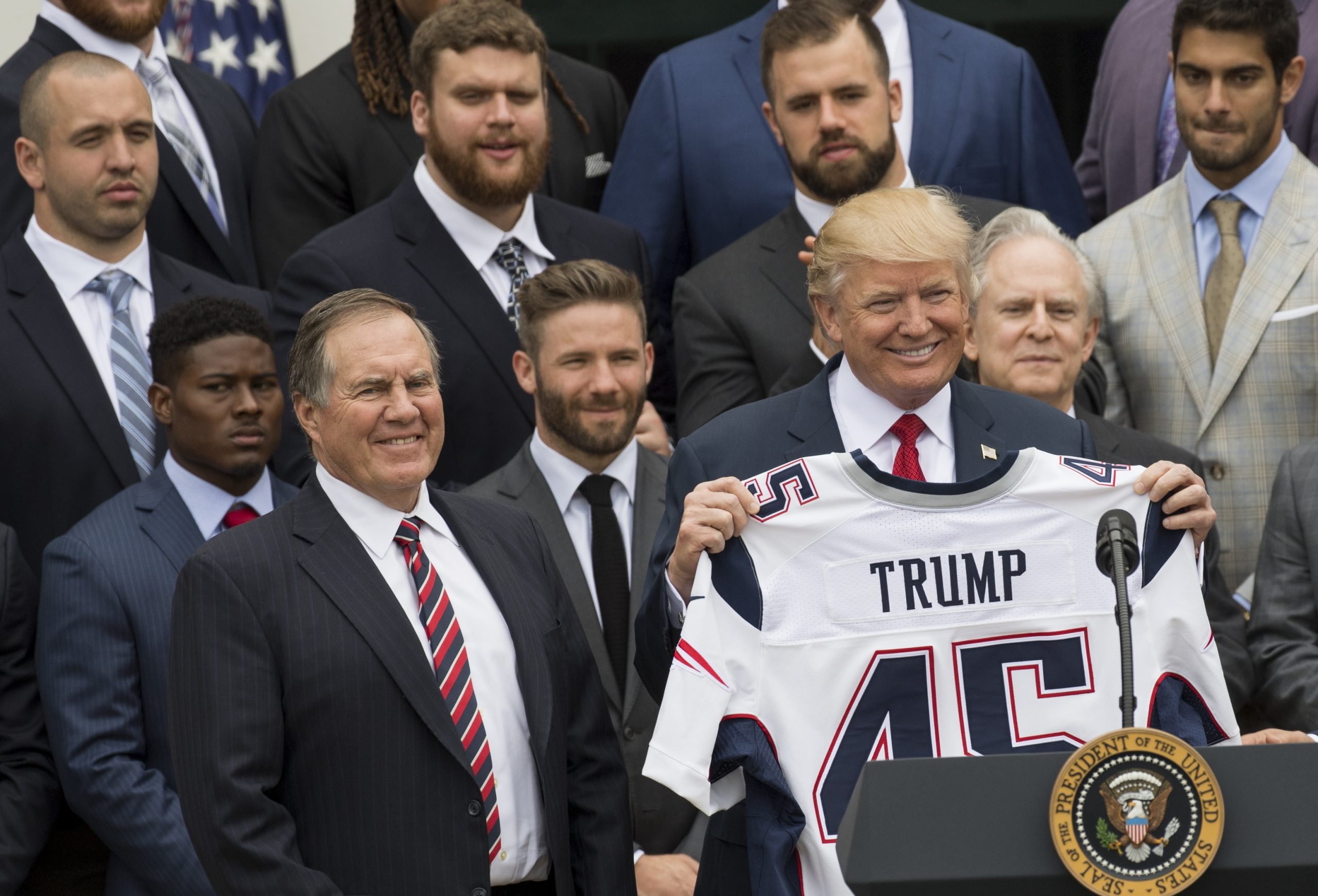 It’s Not An Anthem Protest

Why can’t players see eye to eye on protest?

Donald Trump was hosting a rally in Huntsville, Alabama for senatorial candidate Luther Strange. During the rally, Trump went on one of his infamous rants lambasting those who choose to kneel during the national anthems. While he never mentioned Colin Kaepernick by name, it was clear that he was the focus of Trump’s ire. On the topic of players sitting for protest Trump stated, “Wouldn’t you love to see one of these NFL owners, when somebody disrespects our flag, to say, ‘Get that son of a bitch off the field right now”

Ignoring the fact that white supremacists in Charlottesville were apparently good people while those actually peacefully protesting (a majority of whom are black) are apparently sons of bitches. These comments from Trump set off a wave of protest in the NFL with players carrying on Kaepernick’s protests by kneeling and others weaker willed players deciding to link arms to show solidarity. Most teams in the league showed some amount of resistance with every teams so far having massive protest; plenty of owners releasing statements admonishing Trump (even though none of these owners seem ready to sign Kaepernick)

What Trump and his protesters misunderstand (even though I believe this is a willful misunderstanding) is the point of the protest. Trump and his ilk seem to link the protest to a disrespect for those that have died serving this country. Let me be clear, this protest has absolutely zero to do with any sort of disrespect towards the military. Even though it has been clearly stated some people apparently are not aware that the protest concerns police brutality and the systematic mistreatment of African-Americans in the United States of America.

NFL players seem disconnected from the protest with many like Drew Brees and Derek Wolfe claiming it’s their respect of the military that precludes them for kneeling. Wolfe specifically stated “I stand because I respect the men who died in real battle so I have the freedom to battle on the field. Paying tribute to the men and women who have given their lives for our freedom is why I stand,”

Wolfe and Trump and many other NFL fans have created a straw man argument against protesting. A straw man argument is defined as Substituting a person’s actual position or argument with a distorted, exaggerated, or misrepresented version of the position of the argument. That is precisely what Wolfe is doing he’s substituting the actual nature of the protest which is police injustice for something he can easily and proudly defend respecting our fallen military.

Trump and those that think like them have claimed if you don’t love America then you should leave. What these people fail to understand is those that are protesting truly do love America, America was founded on protest albeit not a very peaceful one unlike these NFL protests. Those who love this country while ignoring its faults and shortcomings are not patriots but nationalists. Those who love this country and wish for it to live up to the values that it claims in the constitution are the true patriots because they hold the country accountable to what it pretends to be.

I truly hope that players like Wolfe, and those who don’t support the protest actually take a chance to listen to reasons for Kaepernick’s protests. I hope they look at what’s happening in America and observe the police brutality and systemic racism that is prevalent throughout our society. I implore them to talk with their black teammates and ask about their experiences with racism. I realize nothing will change immediately, but hopefully if the dissenting voices can be open to an actual dialogue. If that dialogue is possible then maybe we can get some real unity and not the phony nonsense which took place on some sidelines on Sunday.