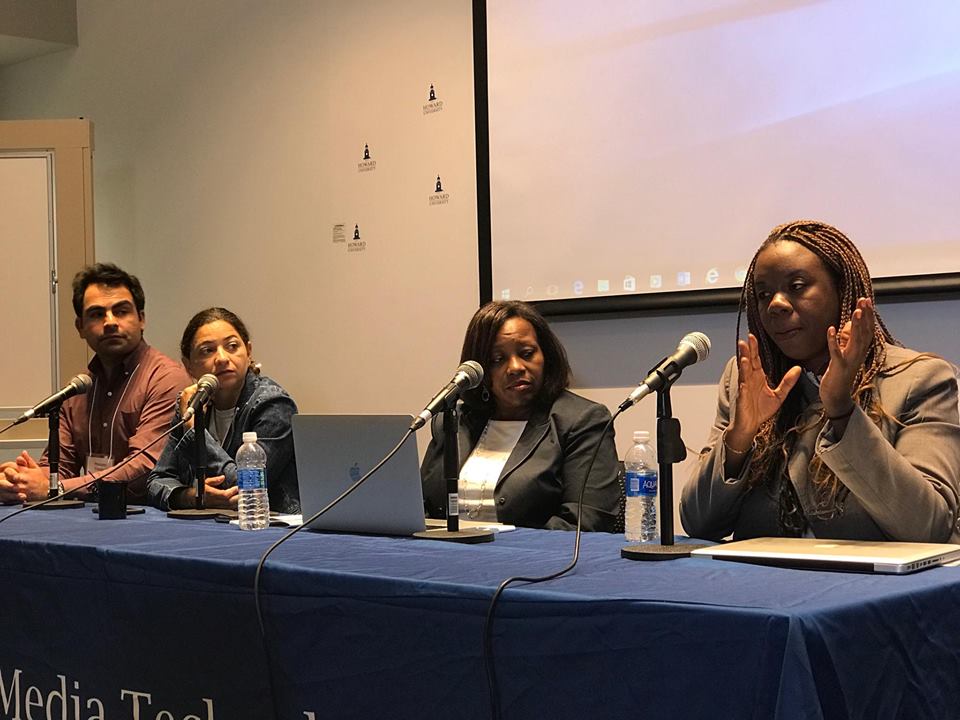 Social Media Issues and Usage Brought To The Forefront At SMTCW17

The seventh annual Social Media Technology Conference & Workshop took place Oct. 5-6 at Howard University’s Interdisciplinary Research Center. The two-day event was filled with knowledge on the issues, impact and usage of social media platforms. This information was shared with the attendees through speeches and workshops.

Howard University School of Communications professor Angela Minor led a discussion on problems with the law of sexting. She talked about sexting among teenagers and how they use technology to engage with each other. To take place in the act, teenagers use cell phones and texting apps. They may even use social media to exploit sexting engagements and/or they may hide these things from their parents by using secretive apps.

In some states, the possession of sexual images can cause one to be listed as a junior sex offender. Minor feels that this is a harsh punishment and the law should be diminished, especially because these things can hold scientific, literary, art and political value, depending on the context.

“A charge to look at the law different from the humanology we’re having because of these platforms… It’s all this technology that’s changing our behavior,” Minor said.

Ingrid Sturgis, an associate professor in the Department of Media, Journalism and Film at Howard, started a discussion on the state of digital literacy in the age of fake news. Her talk was centered around Howard’s Truth Be Told website whose purpose is to debunk stereotypes and provide a platform for black news. Sturgis explained that accountability journalism has increased in a time where the media is being challenged. It’s more important now than ever for journalists to do their job and for people to do their research.

An audience member asked, “How do we move fact-checking into mainstream media where it becomes second nature?”

“I think it’s important for people to do their own checks and go to reliable sources to find the truth,” Sturgis said. “Journalists are in the truth business.”

As a solution to this issue, Sturgis mentioned the importance of teaching digital media literacy as early as middle school. Having been in the media industry herself, she believes that the media is true, but, it’s always important to continue to challenge reporters.

The highlight of the Social Media Conference was the talk from the keynote speaker S. Mitra Kalita, the vice president at CNN Digital Programming. Kalita knew that she wanted to enter the world of media. She recalled the scene from “Boyz n the Hood” when Doe Boy stated, “Either they don’t know, don’t show, or don’t care about what’s going on in the hood.” This quote resonated with her as she knew what it felt like to be underrepresented and wanted to show the world the truth.

Speaking about her role at CNN, she explained that she focused on building the brand and re-examining trust within its audience through many social media platforms. Kalita wanted CNN to not just be a place where one knew what was happening in the world, but also a place that fuels its viewers to do something about the hardships they saw.

She made a point in her speech about the importance of respecting one’s audience and reflecting one’s users in order to connect with them on a better level. Her tips were, “keep it real, be authentic, trust yourself, trust you teachers, learn the basics, follow the rules, then, break them.” At the conclusion of the question and answer portion, the Social Media Technology Conference & Workshop awarded Kalita with a plaque in honor of her attendance.