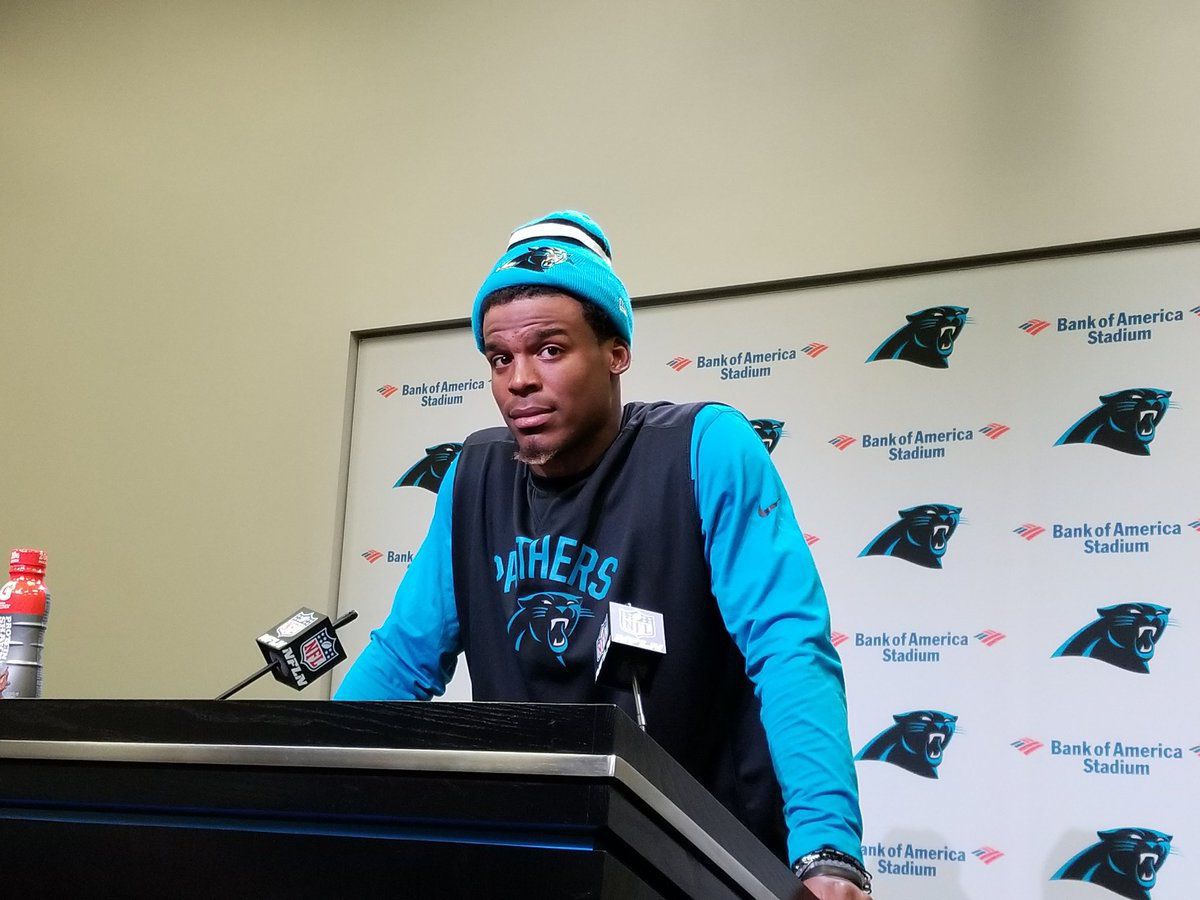 A Message For Anyone Who Thought Cam Newton Was “Funny”

Yes, I Talk About Routes.

Carolina Panthers quarterback Cam Newton was scrutinized by social media, the NFL, and most new organizations on Wednesday. This was after comments by Newton in relation to a question asked by reporter Jourdan Rodrigue. Newton responded to Rodrigue’s technical question about one of his receivers improved route running  by saying “it’s funny to hear a female talk about routes.”

Later in the day Rodrigue tweeted “I don’t think it’s funny to be a female and talk about routes. I think it’s my job.”

I grew up in a family full of boys. My peace was sitting next to my dad, watching NBA games and debating with my brother about Kobe Bryant or Allen Iverson. As a child, I never thought it was unusual for me to be watching or understanding  sports as a girl. As I got older and began to play sports myself, my eyes were opened to the misogynistic views that come with being a woman in the world of sports.

I had the pleasure of interning at one of the top sports media companies this past summer. I was grateful for the opportunity, but at times it would be uncomfortable because I was the only one that looked like me. I was not only the one black person in my office, but also the only woman. I had to deal with microaggressions in the workplace on a weekly basis. Some days it was a side eye whenever I brought up Lebron and his performance in the finals. Some days it was being challenged just because I was the only female intern. I would be forced to prove that I knew just as much as the male interns did.

I learned to channel the questioning into fuel. Everyday when I went to work, I thought about the Cari Champions and Jemele Hills of the world. I thought about how refreshing it was as a younger black girl to see those faces in those types of spaces. I was inspired by the thought of a little black girl one day seeing my name or face and feeling that same empowerment.

At the same time, I was disheartened by the adversity that black women in sports face. I thought about how much backlash Jemele Hill received from ESPN and the world after she tweeted about Donald Trump, calling him a white supremacist. Hill was on the brink of being fired; more recently, Hill was suspended for her comments on Jerry Jones. This suspension ignores the numerous offensive comments made by male sports commentators and white commentators in general are allowed to make. It was troubling to know that not only do we have to prove, as black woman, that we deserve to be in our respective fields, but we must often walk on eggshells in order to avoid offending those who continuously offend us.

A Woman Who Talks About Routes

Published in EDITORIAL and SPORTS