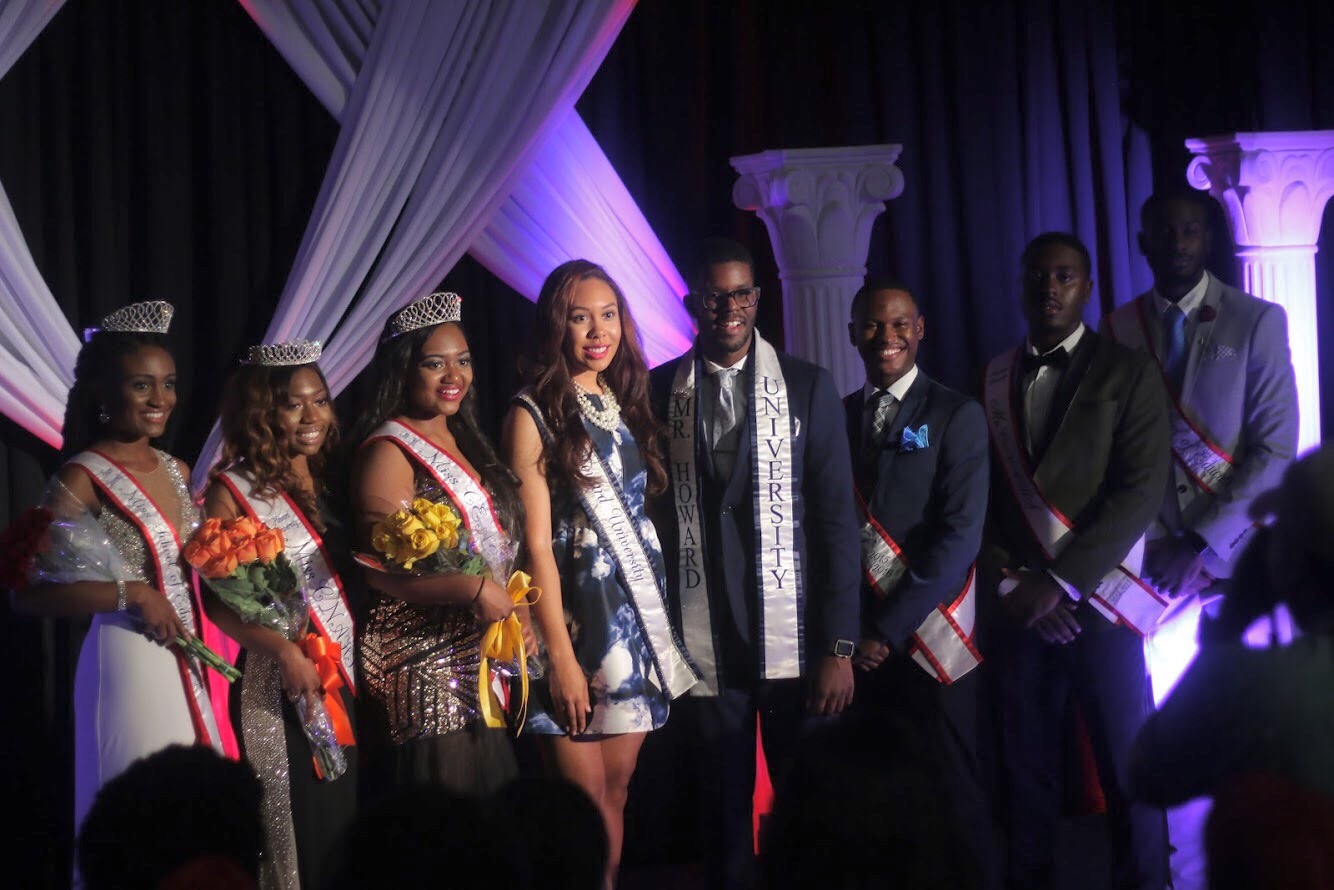 It’s Pageant Week At The Mecca

Members of the royal court hand over their titles this week as pageants seek to find new royalty. Students have spent the last three weeks perfecting their stances, talents and walks, all in hopes of earning the title as the Mr. or Miss of their school or college. Howard Renaissance, the theme this year’s pageant season, paid cultural homage to the Harlem Renaissance.

“I think we’re in a new renaissance of embracing our blackness and social media has had a lot to do with that,” said Jori Gilbert, coordinator for the CNAHS pageant. “We have talented black people in all facets of the arts. In film, music and even in sports. We’re making a comeback.”

Monday evening, CEA, CNAHS, and SOE held a joint pageant. Many were confused and unaware of the collaboration until three separate titles were given out at the end. Each school or college only had one male participant. Whereas, there were at least two ladies competing for each respective school or college.

“I like the change. I feel like for the smaller colleges, especially CNAHS, it made it a little less awkward as opposed to one woman and one gentlemen just presenting themselves,” continued Gilbert.

With the pageants taking place so quickly into the semester, former title holders are saddened by the abrupt stop. Their reign is one month shorter than its has been in past years.

“It has been a pleasure to be a leader in my school,” said Janiah Beezer, the 2016-2017 Miss School of Education. “I’m really sad it’s over. It came too quick this year. I came back thinking I was going to be able to implement a few more things, but I’m sure my successor will be amazing.”

As expected, contestants brought their best to the stage. At Tuesday night’s Cathy Hughes School of Communications pageant, platforms ranged from empowering society to women being the foundation of the universe. The talent portion was saturated with hard-hitting spoken word pieces and few song selections sprinkled throughout.

Former Miss Howard University Victoria Gray took her seat as a judge for the contest. Being on the other side of the crowd, she emphasized that judges are mostly looking for confidence in the contestants delivery.

“What I’m looking for the most is perfection of each individual part. So, not stuttering on your platform and messing up when a question is answered,” said Gray. “Tonight’s questions were pretty general so the ability to articulate your answer and get straight to the point is what I wanted to see. The amount of work the contestants put in shows on stage. I just want to see more people perfecting everything because a lot of people don’t account for the nerves.”

The newly crowned Mr. College of Nursing and Allied Health Sciences, Arthur McGahee, Jr.,  and Mr. CEA, Vincent Roofe, were both thrilled for their new positions.

“It’s truly an honor to represent the College of Nursing and Allied Health Sciences,”
Said McGahee. “I’m looking forward to what’s in the future and I’m ready to put in the work.”

Mr. CEA echoed McGahee’s sentiments. “I’m looking forward to really pushing out my platform,” said Roofe. I feel like I grew up seeing a lot of things and wanted to make a change. And now, I have the opportunity to make that change.”

By the end of this week, all of the royal court positions will be chosen and their schools will begin to see the winners platforms come to fruition.