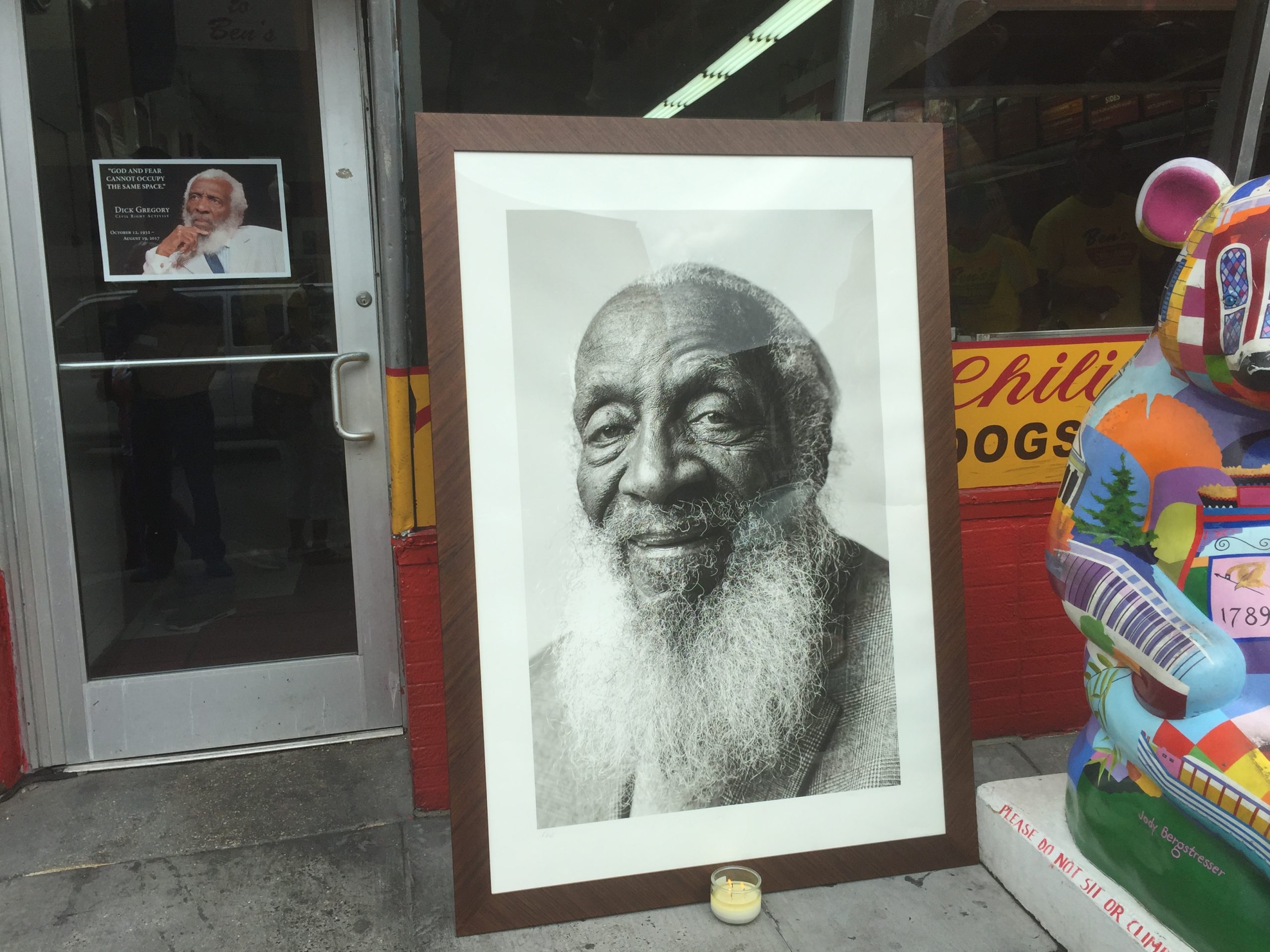 Dick Gregory, the legendary comedian and activist who shed light on the black experience in America, was honored last weekend with a “Celebration of Life Service” and tribute parade in Washington, D.C.

Crowds gathered from the Howard Theatre to Ben’s Chili Bowl on U Street for the New Orleans style parade to say goodbye to a man that many felt connected to. “Dick Gregory is American history. Dick Gregory is history,” said Jacqueline Manning, a D.C. native and parade attendee.

“From his life I learned to not be afraid.”

Born Richard Claxton Gregory on Oct. 12, 1932, in St. Louis, Gregory began his comedy career in the early 60s after performing at Chicago’s Playboy Club as a replacement act. He was a pioneering black comedian who found success with the white crowd and became a national comedy headliner. Through his success, Gregory paved the way for other African-American comedians, like Richard Pryor and Bill Cosby.

His satirical commentary on the life of a black man in America led him to becoming a prominent leader in the Civil Rights Movement. In 1967, he ran for public office as Mayor of Chicago against Richard Daley. A year later he ran for president of the United States and received 200,000 votes as a write-in candidate with the Peace and Freedom Party.

Gregory lectured at many universities, informing young of the injustices faced by many peoples across the world. He regularly fasted to bring attention to global issues, such as women’s rights, the Apartheid in South Africa, police brutality and American Indian rights.

Parade attendee Saleem Gyau calls Gregory “Baba,” which means father. “Baba has impacted my life greatly because of what he sacrificed for all of us,” said Gyau. “He sacrificed his life… hunger strikes and protests. He was definitely on the front lines.”

Others have recently been introduced to Gregory’s life and impact since his passing.

“After going to the funeral and hearing everyone speak about him at his funeral really motivated me to participate and be more active in the movement because of his example,” said funeral and parade attendee Leah Hoxie.