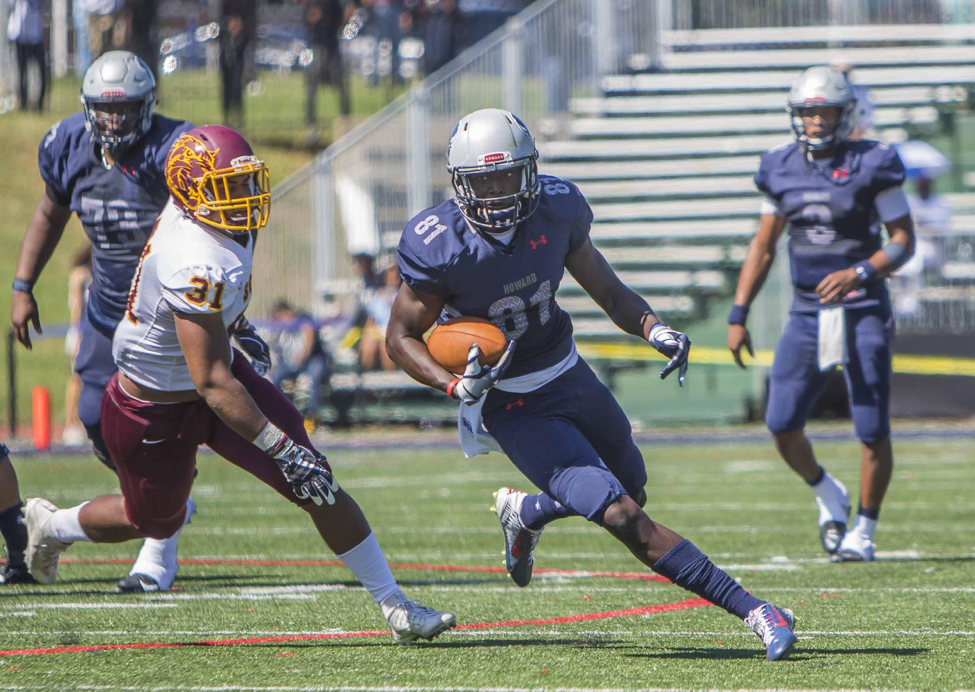 Bison take down the Wildcats in a Nail Biter

Howard starts off conference play with a win

Washington, DC— On Saturday September 23, the Howard University Bison secured their first Mid-Eastern Atlantic Conference win of the 2017 season over the Bethune-Cookman Wildcats 26-24 in one of the most exciting in-conference Howard football games in recent memory.

With the clock against the Bison, freshman star quarterback Caylin Newton ran a 5-yard touchdown to put them up by two points. B-CU had the momentum the entire game, but Howard University’s defense rose to the occasion, allowing offense to quickly return on field.

“It was an amazing team win. It felt great seeing how everybody remained cool, calm, collected even with the other team being up in the final minutes of the. But there is one thing that this team and that’s heart. We give everything we have for all four quarters and believe we can do the things people out there say we can’t do,” junior safety Domonique Smith said.

“It was a good team win, we knew we’d be tested but we stuck together and were able to get the job done. The support we got from the home crowd was great, we hope we can keep that going all season. but this is just the beginning for the goals we set,” senior wide receiver Guy Lemonier said.

The opening 74-yard drive by the Bison on a one-yard sneak from Newton after halftime, gave the bison their first lead 20-14.

The Wildcats responded in the third quarter to take control of the game with the extra point 21-20. Halfway through the third quarter, B-CU put more points on the board with a 42-yard field goal, increasing their lead to 24-20.

Newton then threw an interception in the fourth quarter with four minutes left to go giving the Wildcats another opportunity to score, but that didn’t stop the Bison from fighting back. They quickly regained their composure and put their trust in their defense who immediately stepped up once again.

“This win was great for us. We worked hard all week, and we had some of our best practices this week. We knew we just had to take over that swag to the field today,” defensive player of Saturday’s game, junior linebacker Leon Fields said.

The Bison look to gain their next conference win at home against the North Carolina Central University eagles on October 7.