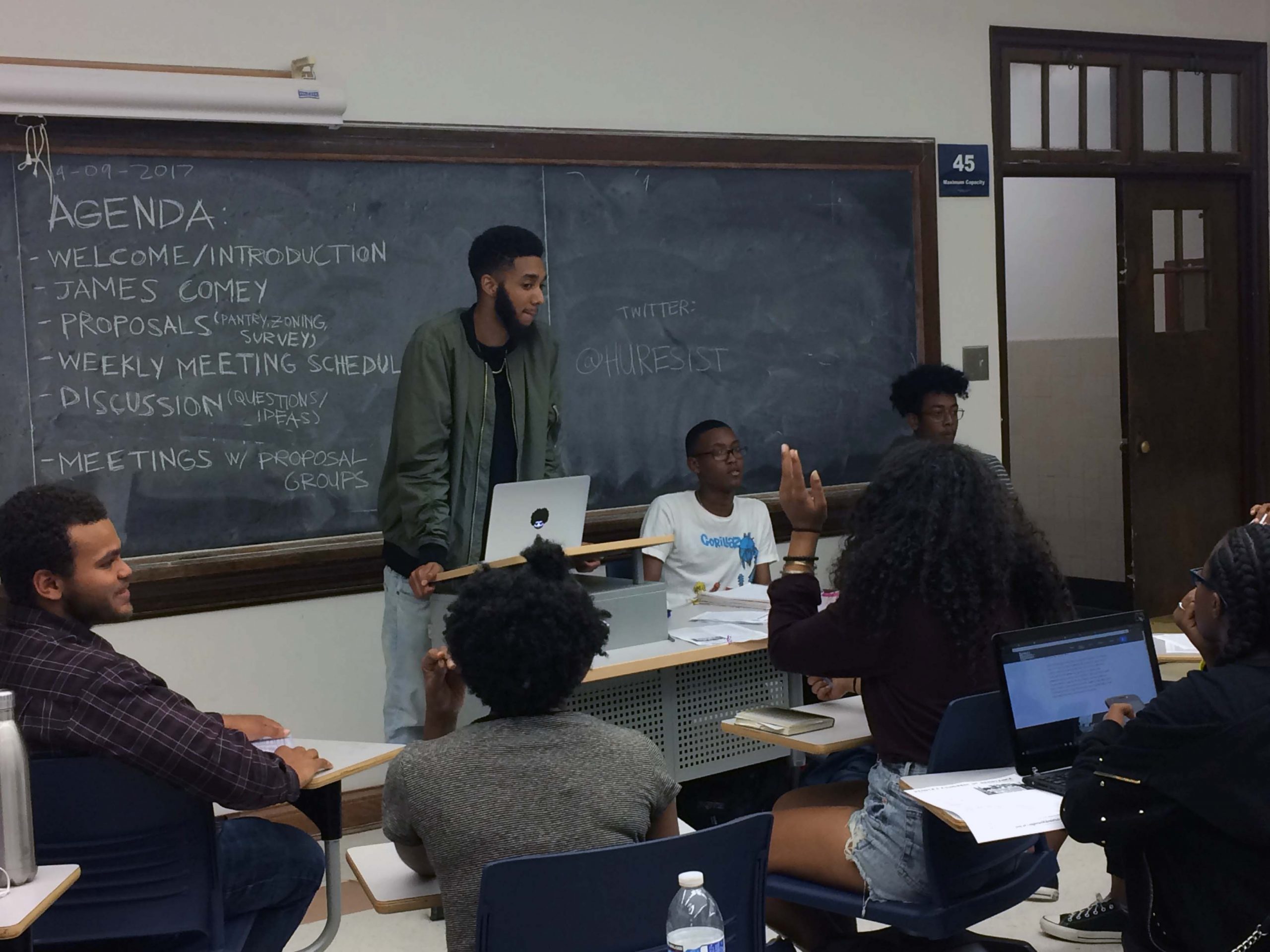 Walk down the hall of Douglass around 7 p.m. on a Thursday. Voices that are slightly cacophonous but abuzz with excitement can be heard bouncing off the walls. Walk into Room 137 and there will be a handful of students ready for action. This is the movement that is HU Resist.

Founded in February 2016 by a group of nine concerned students, HU Resist is a collective of Howard students creating and pursuing opportunities for student activism. They initially formed to challenge Betsy DeVos’ invitation to Howard University’s campus and have continued their mission of advocating against the conflict of interest between the student body and Howard’s administration. Standing upon the shoulders of Howard University revolutionaries including Kwame Touré, Sonia Sanchez and the group of students who took over the administrative building in 1969, HU Resist’s motto is to make sure the Mecca, in the words of Sanchez, “fulfills its promise to us.”

And what is Howard’s promise to us? In the eyes of the concerned students that make up HU Resist, it is to make sure Howard’s campus is a safe space for its students while making sure that its actions advance, and not deter, the fight for black liberation. Many students within and outside of HU Resist are perplexed and even angered about the university’s decision to host a myriad of controversial political figures whose legislative actions and political ideologies are seen as contradictory to what this university stands for–social, economic and political equality for members of the black diaspora.

Last year, the group met with President Frederick to present a list of demands, one of which included that he publically declare his support of the struggle for the liberation of black minds and bodies. He did not comply. Since then, members of the group including Jason Ajiake, Yvonne Hamel, Llewellyn Robinson and Juan Demetrixx have created unique initiatives that support Shaw’s community of black peoples and people of color who have been negatively affected by gentrification.

Such initiatives include The People’s Pantry, which will provide food, clothing and personal care items to people most harshly affected by gentrification; a community survey system to directly ask local residents what their needs and wants are and a zoning proposal initiative meant to address D.C.’s affordable housing crisis.

The collective sees these efforts as a means to build bridges between Howard University and the Shaw community while challenging the culture of black elitism at Howard. In the opinion of Ajiake, “Howard is doing exactly what it was designed to do: to be an institution for the future of the black elite.” Through raising awareness of issues within the community, HU Resist wants to “shift the culture of the Howard University student body” to one with more responsibility and empathy.

As HU Resist plans to fuel these initiatives and through their response to the controversial decision to have James Comey, former FBI director, speak at convocation, it is clear that they are now working on “consistently trying to build a larger network,” says Robinson, explaining the group’s push to recruit more members through canvassing and social media efforts.

To find out more information about HU Resist and how to get involved, visit their Twitter @HUResist.