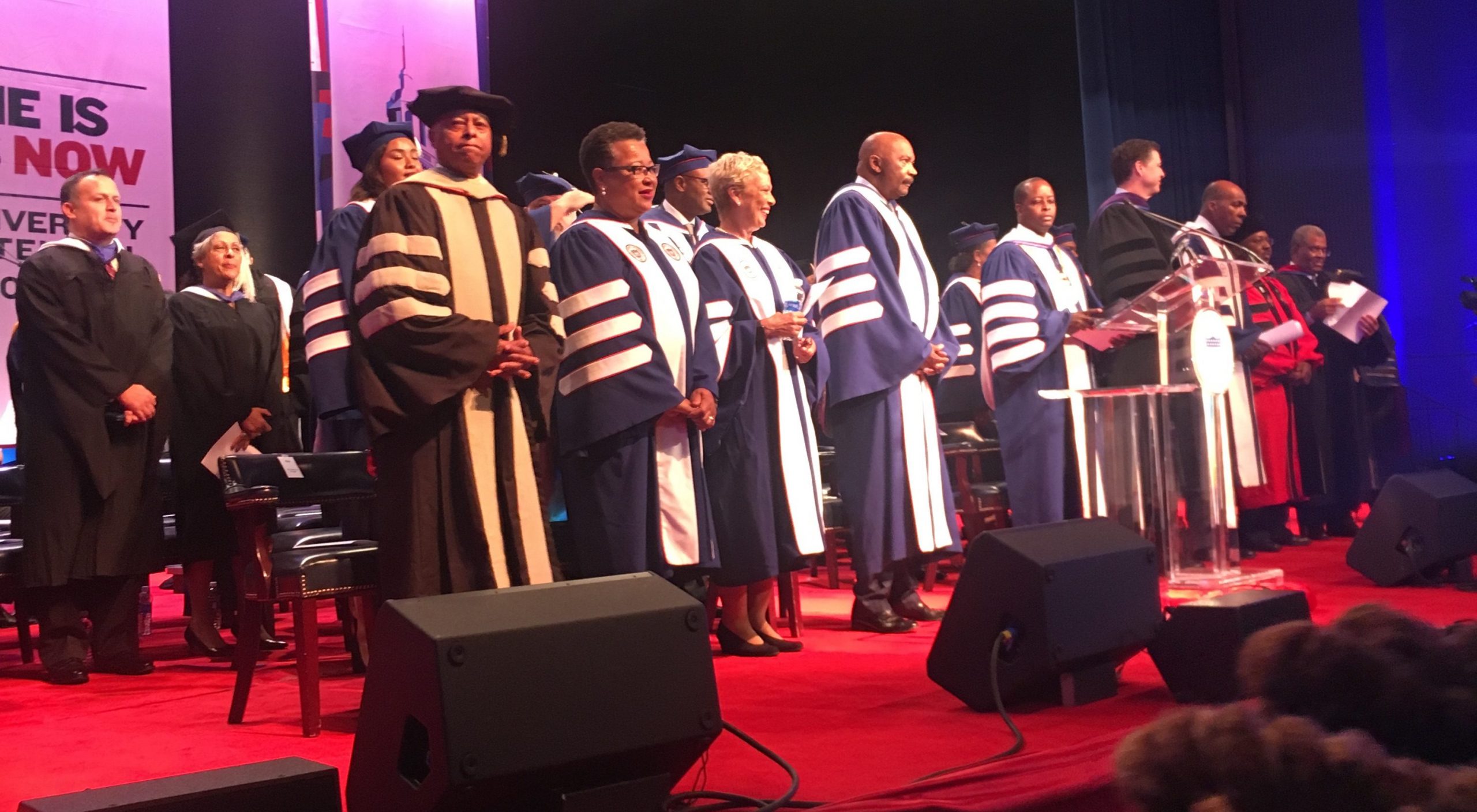 James Comey, the Former F.B.I.Director, says “Every story has two sides. I speak, you listen. You speak, I listen” in his keynote address at Howard University this morning. The 12-minute speech, which consisted of the comparisons between college and the real world, was met with chants from activist group, HU Resist. This is the second year in a row that HU Resist has protested during the annual event.

“The president had to know this was going to happen. There was a petition for Comey not to speak as soon as the University announced who was coming,” said Celixia Wooten, freshman political science major from Jacksonville, Fla.

As Comey made his way to the podium, a group of roughly 15 students stood up in opposition to the speaker’s past statements regarding race relations and police brutality. While students anticipated the group’s outspoken remarks to be made, many were shocked to see that they were not willing to cease their chants during the entirety of the speech. Comey allowed for a 10-minute delay, but proceeded to speak on the strength of the legacy of Howard University.

Rachel Smith, a junior nursing major from the Bronx, NY said,” I feel like him continuing to speak through the protests showed courage and the fact that it didn’t discourage him allowed students to have a different level of respect for him. It lets me know that he still thought that what he had to say was important.”

President Wayne A.I. Frederick was complimentary of his steadfastness, as well. Despite the audience standing up to challenge the protestors’ shouting, students supported the movement. It was, in fact, the method in which HU Resist chose to share their stance that proved problematic.

Austin Sampson, freshman biology major from Riverdale, Ga. said, “I would’ve gone about it a different way. I support the movement, but what Comey said wasn’t wrong. There’s both sides to the story. They should listen to each other.”

Following the speech, the group exited through the auditorium’s side door and President Frederick made light-hearted closing remarks. After reading the names of victims of fatal police shootings outside of Cramton Auditorium, HU Resist marched to the Administration building in order to continue to protest.