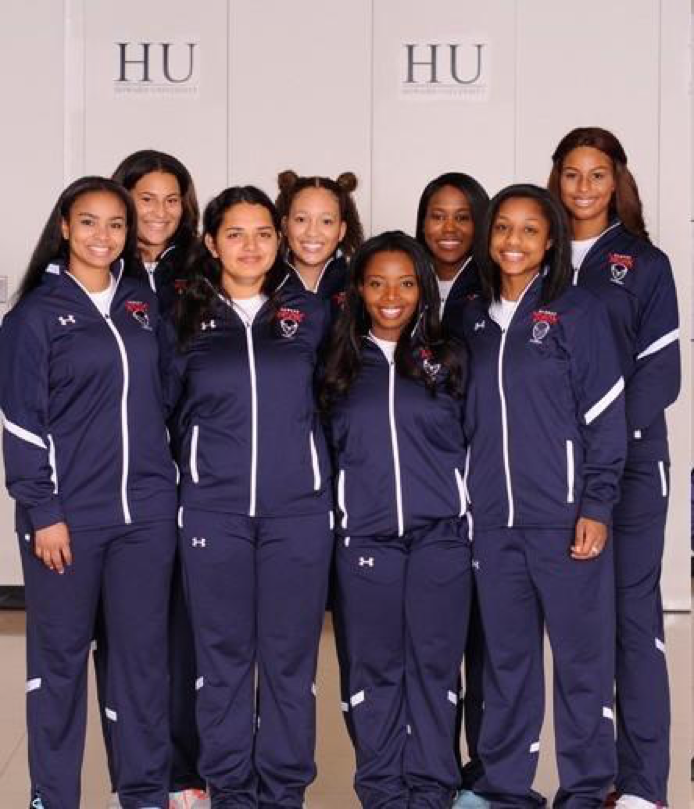 Following their dominance in the Bucknell University Invitational including four of their girls in the finals, the lady Bison showed out once again.

Freshman, Yasmine Khiri, took home the first-place title of the Women’s B draw after a grueling win over Jackson State’s Lucia Solis 6-1,4-6, 6-3. Khiri also won the division C bracket of the Bucknell Invitational the previous weekend.

“Overall I’m very excited for the season. This fall so far I’m 9-0, so I just hope to keep the momentum going for actual season,” Khiri said. “The team has so much talent. I know we will do well,” she added.

In doubles, freshman Yasmine Khiri along with junior doubles partner Kindha Nasef, as the sixth seed in the A draw, had an easy road to the finals. They took down Virginia State University’s Sydney Yao and Tamisha Richardson 8-2 in the first round, no show from Bryttish Burts and Idah Longwe from Grambling State in the quarterfinals, Aausyshi Chouhan and Alina Polyvana from Delaware State 8-6 in the semifinals to get them to the championship round facing fourth seed Jackson State’s line one doubles team Lucia Solis and Tyler Smith.

A hard-fought battle between the two teams in the championship round including a full body cramp from Jackson State’s line one singles player of the two, Tyler Smith, led to a devastating lost on Howard’s end 6-8.

“I mean It was tough. Tyler’s forehands are powerful, so it took us a while to even get a rhythm going which caused us to be down 0-4 quickly. After our coach gave us a new strategy and we saw it working we just kept at it,” Co-Captain Nasef said.  Overall though, these matches are about progress. I see so much talent in this team it’s unreal. The work ethic is unbelievable and all our minds are set on one thing and that’s a MEAC Championship.

“It was a tough loss for us. The girl had a full body cramp and it’s like it took us off our game. It’s something we just have to get over though and move on to the next match we have coming up,” Khiri stated.

Freshman Natalie Finch in flight A and senior Sajela Harlow in flight C both put up major points in the main draw making it to the main draw semifinals. Finch played senior Tyler Smith who also won the Flight A doubles and singles draw and unfortunately fell 4-6,2-6.

“We play a similar game and she’s a senior. I mean I can’t be too upset with my loss because I played well. She just has more experience,” Finch shared.

“I was disappointed in losing first round considering I made it to the main draw finals last weekend, but I knew this tournament is about team points. I needed to make sure I stayed in this tournament for as long as I could for our team so if that meant making it to the finals in the back draw then so be it,” Co-Captain Hutchison said.

“We have a talented team. I know if we keep the way we are competing up, we can be a threat in the conference this year and years to come,” she added.

Howard ended up with a total of 17.5 points (third place), Jackson State university with 20 (second place) and Tennessee State university with 25 winning first place of the thirteen schools that attended. After these past two weekends of competition and results, they have high hopes for this remainder of this  year’s 2018 season and the MEAC Championship tournament.