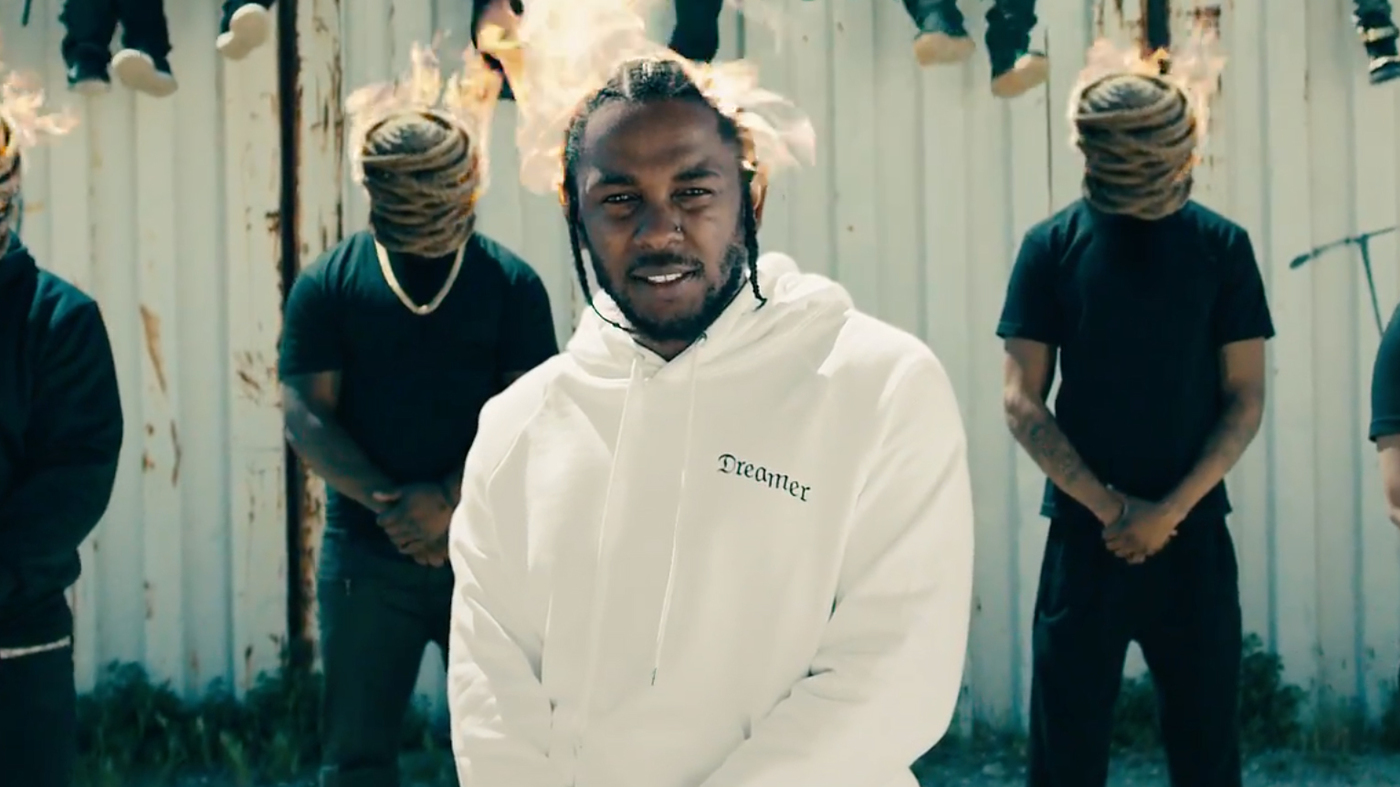 Kendrick Lamar has given us more than enough to talk about lately. From his surprise release of “The Heart Part 4,” to the astounding visuals for his latest song, “HUMBLE.” However, some have overlooked this and turned the conversation to Kendrick’s alleged misogynoir.

“HUMBLE.” features a line in which Kendrick says he’s tired of Photoshop and wants to see something natural, like stretch marks, on a woman. In the video, which was directed by Dave Meyers who’s responsible for some classic Missy Elliott videos, this line is accompanied by the image of a woman transitioning from the traditional video girl with hair and makeup to a more natural look.

Complaints against Kendrick include his advocation for Black men more than Black women, and the woman lead that was meant to represent his preference of natural beauty in “HUMBLE.” video having light skin. The issue this image presents is that Kendrick is only including Black women as sexual being instead of equals and that even then, only light skin women may be included. Because of this, Twitter threads and think pieces have since began accusing Kendrick of being a hotep, meaning that his dedication to Black liberation is really just dedication to liberating Black men.

To say that Kendrick is Black male centered would be fair, being that he is a Black male. However, he actually has addressed Black women in songs such as “Keisha’s Song,” Tammy’s Song,” “Opposites Attract” and others. As he is someone who has never had the Black female perspective, Kendrick is probably better off speaking to Black women than trying to speak for Black women with his music.

Interestingly enough, the scene of the video which has generated the controversy is only 14 seconds of the three minute video. Recurring scenes that seem to be the focus of the “HUMBLE.” include images of Kendrick nonchalantly sitting in the middle of a mock version of The Last Supper and rapping dressed as a priest. He also places himself in a sea of other men where he’s the only one with a distinguishing attribute multiple times throughout the video.

It’s very clear that Meyers and Lamar set out to get us talking, but I’m not sure if misogynoir was the topic they had in mind. At the end of “The Heart Part 4” Kendrick tells other rappers to get it together by April 7 which implies that he has something planned for that day that could be detrimental to them. Considering the combination of that warning and the religious imagery of the “HUMBLE.” video, it seems that Kendrick Lamar is on a mission to prove himself far above all of his competition.

Published in EDITORIAL, LIFE+STYLE and MULTIMEDIA