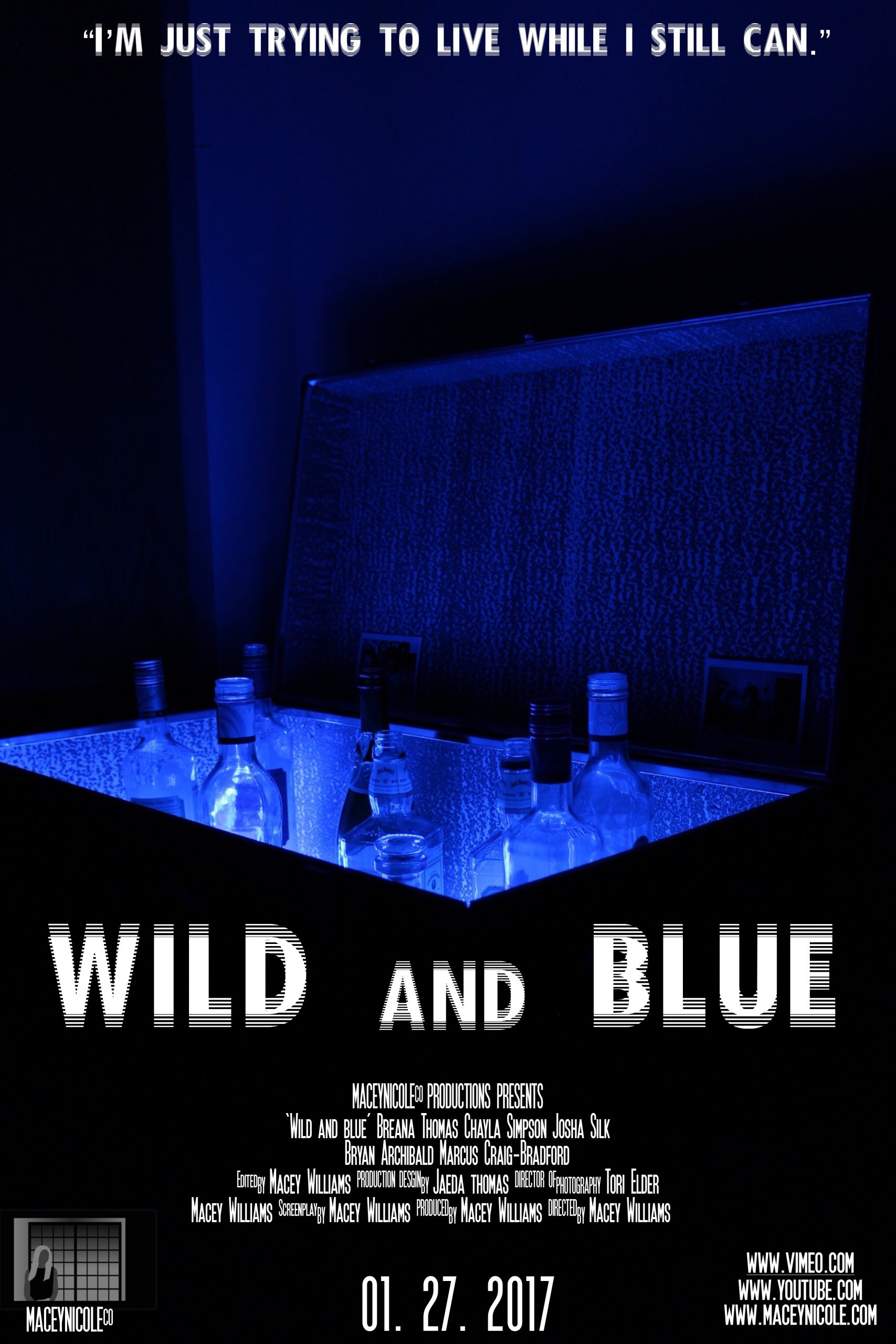 Howard University student Macey Nicole Williams, 20, accomplished a major achievement this school year: the production of her very own film, “Wild and Blue”.

The biology student from Owings Mills, Maryland spent sleepless nights and countless days making sure her film was perfect. Williams claimed it was one of the hardest projects of her life.

“Wild and Blue” is a drama film about a timid college student named Jade who stays in her dorm on weekends and focuses on school work. Jade then goes outside of her comfort zone to join the typical party scene of the college nightlife. However, this movie has a major plot twist.

“My inspiration for this film came a lot from my sophomore year frustrations, in terms of not knowing what I wanted to do with my life,” she said. “I was feeling very scared for the future, kind of running from having to figure out what I wanted to do.”

Williams says the blood, sweat, and tears she put into her film were completely worth it after seeing the finished product.

On Feb. 26, Wild and Blue was screened at the Black History Film Festival at the Lincoln Theatre, an achievement she’s proud of.

“It was very exciting to hear the genuinely positive reactions of people watching it around me and I’m glad that the movie got more exposure,” Williams said.

“In the future I really have decided to go with film, which makes my major a lot harder because I’m a biology major with no film minor or film classes here at this school. I’ve had to teach myself everything, and I plan on either going to film school or starting my career in film,” Williams said.

With the help of boom operator Cara Jackson and assistant director Jasmine Woodard, William’s movie was a success.

As boom operator, Jackson was responsible for making sure the sound is operating properly, but through filming, she discovered a new passion.

“Before this movie I had literally no experience on a set, but being here made me realize I actually love the process of filmmaking. Our days could run 8+ hours long, and being able to get through that was something I learned during this,” said the Tennessee native. “This experience has been amazing. I plan on being a cinematographer and not a boom operator, but I wouldn’t have known that if it wasn’t for Wild and Blue.”

Woodard who’s a junior psychology major at Howard was the assistant director to Wild and Blue. She explains how her experience of this position was amazing.

“It was really great to work with someone with the same creative process as me! It was also great to see my friend fulfill her dream, so I wanted to help as much as possible. Macey was head of the show but she made a creative space where we could work with actors to get her vision like she wanted. I loved the feeling of working this project and would love to do more,” says Woodard from Atlanta.

“I learned a lot about film being on set. From how everything works behind the scenes, to how different scenes are shot, as well as all that goes into making a film from ideas to script filming. I feel like these skills can transfer to make more projects that can inspire this much excitement,” Woodard said.

After the finishing touches of editing the movie, Macey was extremely satisfied.

“This film is my foundation, and I’m very satisfied with the way it turned out. It has truly convinced me to follow my passion as a movie director,” Williams said.