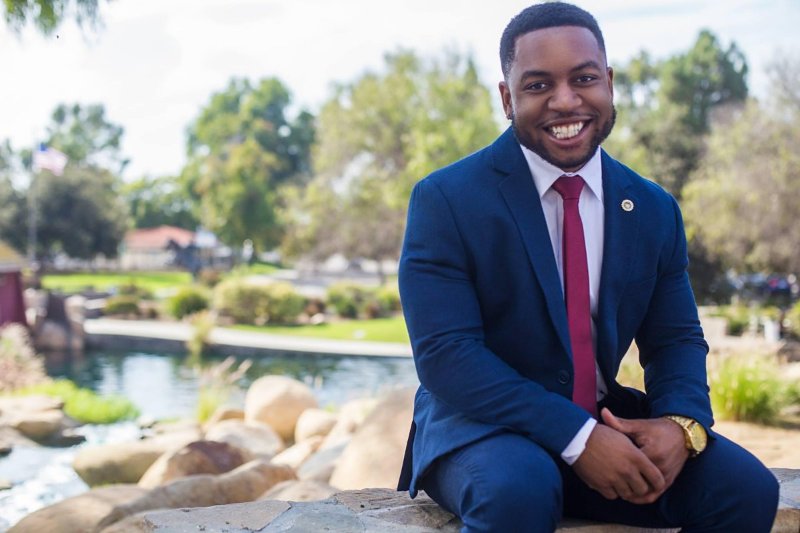 Howard University Rashaan Everett (c/o of 2016) dreams of increasing the presence of Black people on Wall Street with his initiative to educate minorities on investments and entrepreneurship. Everett’s Greenwood Project, named for Greenwood, Oklahoma, birthplace of the original Black Wall Street, strives to utilize newly passed legislation to keep money in the African-American community.

Everett, originally from Long Beach, CA, graduated in 2016 from Howard’s School of Business with a bachelor’s degree in finance. While matriculating through Howard, Everett worked four consecutive internships for various Fortune 500 companies, including Capital One and Morgan Stanley, where he was awarded the Richard B. Fisher scholarship.

The Greenwood Project was born when the Jumpstart Our Business Startups Act went into effect in May 2016. United States law previously restricted anyone making less than $200,000 a year with a net worth of less than $1 million from investing in private companies for equity. However, due to Title III of the JOBS Act, private companies are now able to raise money through crowdfunding, similar to services such as Kickstarter. Through this act, non-accredited investors are able to invest in private companies for the first time in 83 years.

“For the first time, ordinary Americans will be able to go online and invest in entrepreneurs that they believe in,” said then President Barack Obama after signing the bill into law three years ago.

“I had an idea to really try and figure out how I can help my community,” Everett said. “For a long time that was always the goal, to go to Howard, get a finance degree, be able to teach and provide and hopefully decrease the wealth gap.”

Everett noticed that investments in startups are disproportionately afforded to white business owners. African-Americans only obtain 1 percent of venture capital while more than 90 percent go to white entrepreneurs.

“They just get so many [more] chances to create companies than we do. So when you see all of the trillions of dollars that Silicon Valley has generated, 99 percent of that has gone back to white people; so that’s why you see the wealth equality gap increasing. It’s getting worse because Black people have never really had a chance to create our own companies and amass that same type of wealth.”

With so few Black families coming from “old money” it is harder to accrue the financial resources needed in order to start a company from the ground up. This is why Everett expressed that his tech startup incubator is necessary for the growth and prosperity of Black entrepreneurial enterprises.

“During my time at Howard, and the internships, and working for Morgan Stanley, and on Wall Street, I was able to really see how many opportunities were provided to white people that systematically weren’t available to us and a big factor of that was the access to capital.”

Everett believes The Greenwood Project can work to fill that gap by fostering Black start-up growth and significantly increasing diversity among entrepreneurs and financiers.

“When African-American entrepreneurs look around to friends and family for their initial investments… it’s rarely available to us because we don’t have that in our families, we don’t have friends to call…,” said Everett. “We just don’t have the support system to get started so the problem gets worse, we start fewer companies and as a result, we hire fewer of our own people and the problem just gets worse because we can’t create the things we deserve to create.”

With the creation of The Greenwood Project, Everett hopes to create growth and success for his company, in Black economics, and most importantly, his people in the near future.

Published in Alumni Spotlight and NEWS