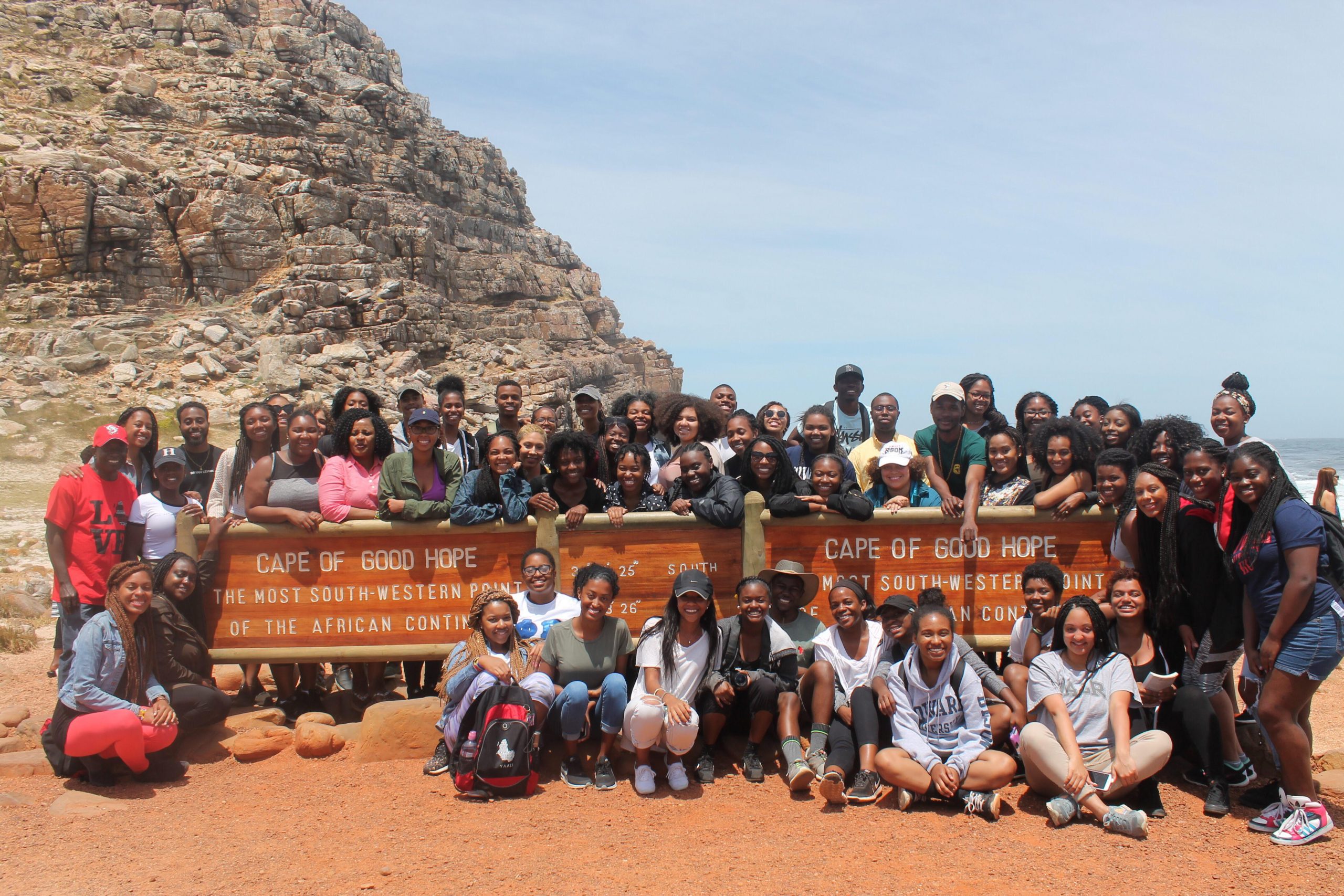 Statements such as “welcome back my brothers and sisters” and questions like “how did you elect Trump?” were not words that greeted us once we got off the airplane or plastered on a billboard in Johannesburg. This was how we were greeted throughout our time in South Africa.

On Dec. 6, 2016, over 70 Howard Bison left for South Africa as Young AfricanA Leadership Initiative (YAALI) fellows. For two weeks, we conducted research in the fields of education, women and children, health care, policy and media. Along with research, we were involved with service in communities in Johannesburg and Cape Town.

Every day I woke up in South Africa I was immersed in unique and unparalleled culture and learning experiences. Whether we were visiting an elementary school in the Alexandra township, walking through Soweto to Mandela’s house, voyaging to the Moruleng Village, “climbing” Table Mountain or touring Robben Island, each day overflowed with invaluable bonding experiences.

Brothers who were imprisoned during the Soweto uprising, children who mirrored future football stars, children who mirrored future leaders and our Winnie Mandela-esque bus driver all made lasting impressions. The diversity of the people of South Africa oozes out of every aspect of the culture. The music, dance, dress, and cuisine all came from the multiple nationalities that are concentrated in South Africa, especially Cape Town.

The open arms from our South African brethren and the mere fact that we were back in the Motherland made us feel as if we were prodigal sons and daughters and not tourist. However, the two charter buses we lugged around and our impulsive need to take pictures of the scenic backdrop that is South Africa begged to differ. South Africa’s breathtaking beauty is undeniable and is coupled by the beauty of the South African people.

The beautiful post-apartheid South Africa is only 22 years young. We saw firsthand how the people of South Africa are working to build a future that is economically, educationally and socially equal for all South Africans. One thing that resonated with me personally, was the collective optimism for a better tomorrow by the South African people.

Though the apartheid regime that terrorized and fragmented South Africa have been uprooted and replaced, the effects are still overwhelming present. Housing inequality, lack of educational opportunities and economic disparity are just a few reminders of the proximity of apartheid South Africa. Nonetheless, many South Africans look forward to a brighter horizon.

To encompass the magnitude of our trip to South Africa would be hard to do without relaying multiple personal anecdotes and bombarding people with scores of photographs. Two things can be said about our trip. First: that none of it would have been possible without the hard work of Dr. Amy Yeboah, Kaila Holloway, Brittany Scott, Money-Man Mr. Max, and everyone else on the YAALI team who worked behind the scenes. Second: I will be coming back.