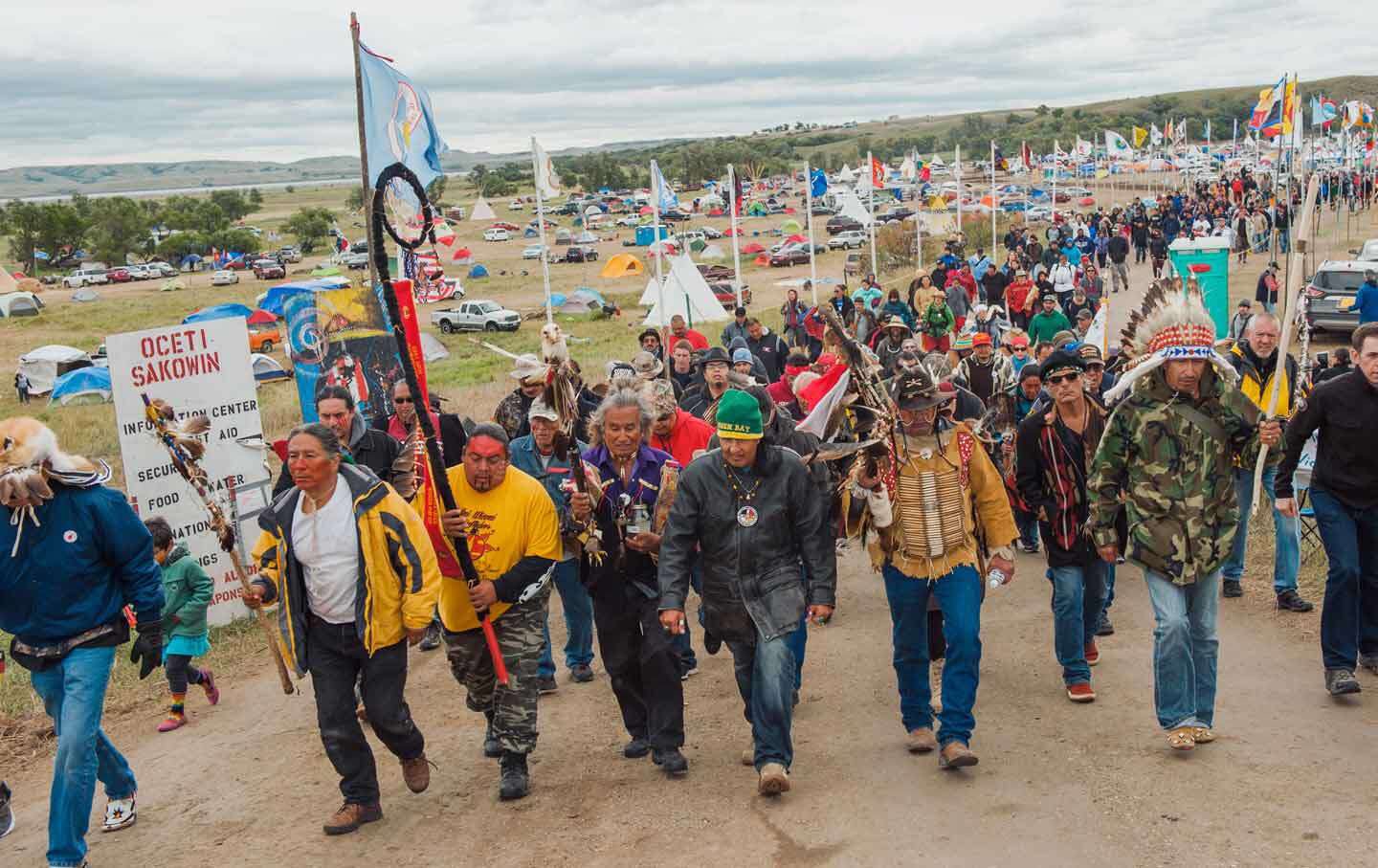 On this Thanksgiving Day, the Standing Rock Sioux Tribe are protesting against the construction of the Dakota Access Pipeline, which would not only destroy sacred sites, but could also contaminate parts of the Missouri River, the only water source for the indigenous people.

Historically, the origins of Thanksgiving can be traced to the Pequot Massacre, in which European colonizers celebrated the murder of 700 men, women, and children of the Pequot tribe. There was no peaceful union between the so-called “Pilgrims and Indians.”

Today, while families across the country celebrate this colonial holiday, the Standing Rock Sioux Tribe are fighting for survival — think about that.

As the army of the state and protectors of capital, the police have essentially declared war on the people. Those who have been arrested were hooded, stripped searched, and placed in dog kennels with numbers written on their arms. Protestors have been met with tear gas, concussion grenades, tanks, and more. Only three days ago, law enforcement raided and assaulted the peaceful demonstrators, spraying them with water cannons in freezing weather, injuring over 300 people and causing hypothermia. To make matters worse, the police blocked off areas designated for medics, making it difficult for the injured people to receive proper medical attention. One of the protestors was injured so badly that her arm will likely need to be amputated.

These atrocities are not surprising, considering that this settler colonial state commonly referred to as America has operated with no regard for human life since its inception. The War at Standing Rock, therefore, is simply the present-day manifestation of colonization…the American way.

The fight isn’t hopeless, however. The water-protectors have been resisting the Dakota Access Pipeline since April, and will likely consider to resist for many more months. To find out how to support the Standing Rock Sioux Tribe, visit standwithstandingrock.net.