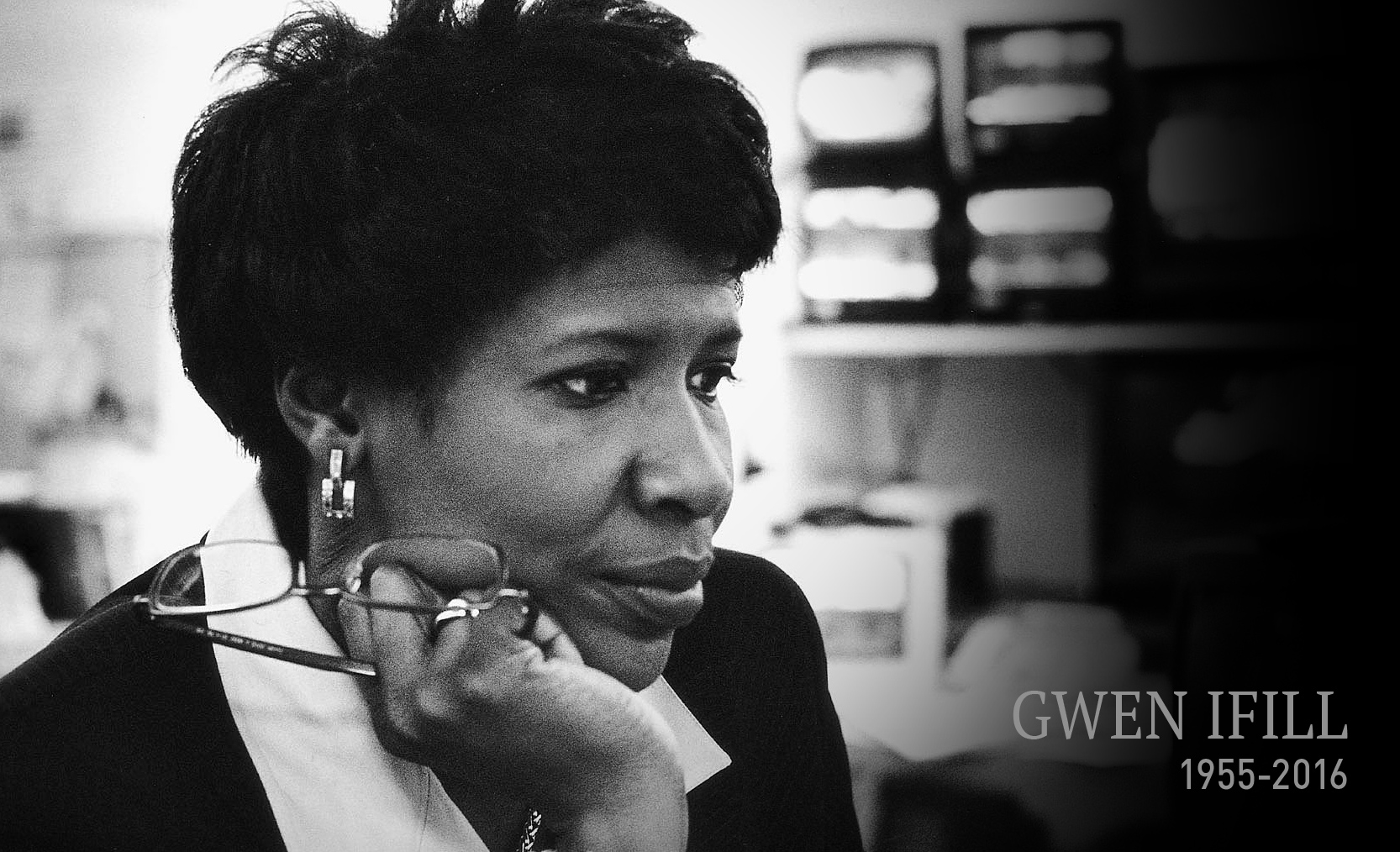 HU: What did Gwen Ifill mean to you? Email a 100-300 word reflection to our Editor at eic@thehilltoponline.com to be updated on our post!

BIO (Courtesy of Biography.com): Distinguished journalist Gwendolyn L. “Gwen” Ifill was of the most successful female African-American news correspondents of all time, having worked for the Washington Post, The New York Times, NBC and PBS. She was the first African-American woman to moderate a vice presidential debate. In 2013, Ifill and Judy Woodruff became co-anchors and co-managing editors of PBS NewsHour, becoming the first women to anchor a network news program. Ifill died of cancer on November 14, 2016 at the age of 61.

The Hilltop has gathered reactions and reflections on the passing of award-winning journalist Gwen Ifill from the Howard University community and what she meant to them: 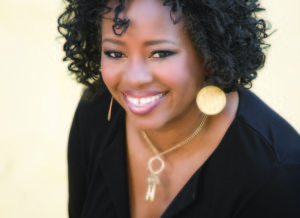 Professor Yanick Rice Lamb, Chair of the Department of Media, Journalism and Film at Howard University’s Cathy Hughes School of Communications: A number of journalists have died in recent years but the collective gasp was particularly loud for Gwen Ifill. I was meeting with a student when I heard of her passing, and struggled to gain and maintain my composure. As I explained what was happening, I also used it as a teachable moment to explain what Gwen meant to those of us who knew her as well as the viewers and readers who benefited from her journalistic excellence. That’s why everyone from the president to people on the street are singing her praises.

Gwen was one of the journalists I most enjoyed seeing in the newsroom when I worked at the New York Times. She was at the top of my list of “together sisters” — naturally confident, smart, friendly, supportive and cool. She made me feel welcome when I relocated from New York to Washington and helped me acclimate to my first neighborhood where she also lived. She was always down to earth — whether in a work or social setting, such as the annual girlfriends getaway at Cape May, N.J.

I loved watching her on television and especially moderating political debates. Gwen made what appeared to be a seamless and successful transition from print to broadcast journalism — not an easy feat. She willingly shared her expertise with young journalists and the young at heart — dispensing sound wisdom and answering any and all questions. I’m glad that many Howard students had a chance to meet her

Although we will all miss Gwen, her legacy will live on through those who will pick up pens and microphones to serve the public as she did so incredibly well. 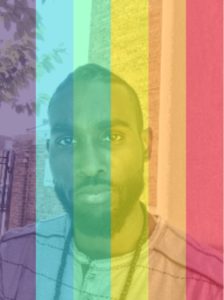 Rhone Fraser, Ph.D., Lecturer in Howard University’s Department of English: Gwen Ifill means a lot to me. Her life means that one can be a journalist and be a politically educated God fearing individual. She was raised like myself in the Episcopal church, and her cousin Jeffrey Ifill is a member, along with my parents,’ at Saint Mark’s Episcopal church in Tampa, Florida. She obviously devoted her whole life to the pursuit of her very influential career as journalist. She is an important example of what it means to be a professional in a media industry that is hostile to educated opinions of color, especially as moderators or hosts. Gwen Ifill’s career is a perfect example of what it means to be and to practice objectivity in a mainstream news industry. Any future journalist who wants to know what it means to be objective in the mainstream news industry must study Gwen Ifill. Her book “The Breakthrough” presents an optimistic tone about the involvement of Blacks in U.S. electoral politics. It should be read by those who seek to make a difference in the lives of U.S. citizens using the electoral system. 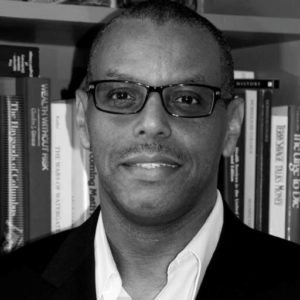 Keith Harrison, Former Lecturer at Howard University’s School Of Communication in Media, Journalism and Film from Aug. 2011 though May 2014: I started working as a reporter at The Washington Post in September 1985 in the Prince George’s County, Md., bureau. Gwen was in the bureau then. I was replacing her friend Sandra Gregg, who sadly died many years ago. When I arrived at the bureau office on my first day, Sandy wasn’t there. She was downtown in the main newsroom. But she left something for me with Gwen. A list of her sources on the beat I was inheriting–law enforcement and courts. Phone numbers and short backgrounds on most were included. Gwen passed it to me with a message that generally was that that is how we–black reporters at The Post–look out for each other. That never happened again during my time at the newspaper.

About a month or so later, Gwen organized a Sunday brunch for reporters of color at the newspaper at Hogate’s in Southwest DC. I didn’t know what to wear–I was young and so naive that I thought that my outfit that day would matter. Since I was young, I also didn’t make much money. And it showed in many ways, including my wardrobe. But I did own one new decent suit that was really for cold weather. Of course I wore it to the brunch on a day it was in the 70s. A few at the brunch didn’t wait to jone on me about the suit. My reply was something about looking like a journalist. The only person came to my defense was Gwen. She said she agreed that looking like a journalist was important and I was right. She did that I’m sure because she knew most likely why I wore that suit that day. I had limited salary and limited wardrobe.

Gwen was always getting groups of us together. She did it in October 1985 for Patrick Ewing’s first game as a pro. It was only preseason, but it was Ewing at the new George Mason U gym. That’s where I first met Michael Wilbon. Gwen did that, too.

In June 1986 Len Bias died. On my beat. I had been at The Post 9 months. I arrived at the bureau the morning Bias died to find scores of journalists at the courthouse. Gwen was covering state politics and more then. But she called me with a warning. Don’t let them take this story from you. This is a big deal. I hadn’t even considered that a possibility. I was a bit naive. Gwen took care of that. Next thing I knew, the team of investigative reporters for the Metro staff were calling many of the people I was calling: lawyers, cops, prosecutors. But thanks in large to Sandy and Gwen–and those who thought like them–I was sourced. And those sources let the downtown crew know that they had already talked to me and would be talking to me.

I worked every day on Bias for months. Sometime in September, Gwen and I found ourselves in the same room. Your working hard and doing good stuff, but you have do things for you, too. We ended up going to a movie that night. Not together. We met at the theater, the West End Circle. Blue Velvet was playing. I don’t know whether it was my idea or hers, but we both thought it was one of the weirdest movies we’d seen.

In the early 90s, Gwen had already left The Post. Of all places, I saw her on Interstate 95 near Philly during Thanksgiving week. My wife and I were headed to her relatives there, Gwen to hers. We kept waving to each for a mile or so.

In the early 2000s while still a newsroom manager at The Post, I taught journalism as an adjunct at Howard. First person I called to speak to my class was Gwen. She was a broadcast star by then. But she didn’t hesitate to come. She shared inside details about her specific experiences, not all of them pleasant. She didn’t leave until the last question from the last student had been answered.

I didn’t know Gwen well. The last time I talked with her was summer of 2014 at a celebration gathering for Kevin and Donna’s son Skye. She was distressed about the state of journalism. But you have such an important job, I said. Yes, she answered, but who’s watching and does it matter. She said she was tired.

She was special, a great journalist and an even better person.