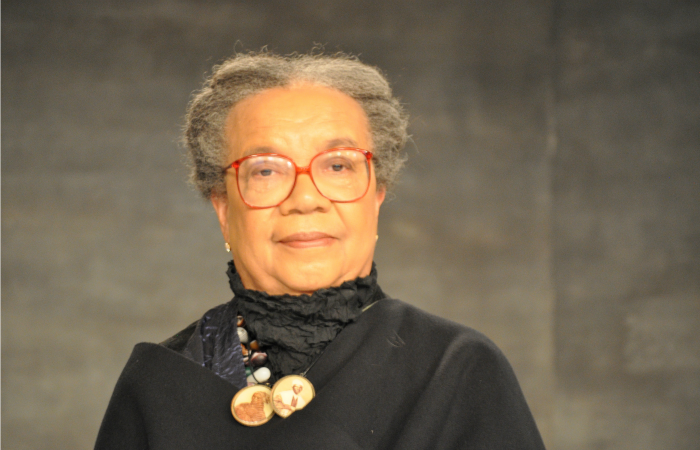 Founder and president of the Children’s Defense Fund Marian Wright Edelman paid a timely visit at Howard University as she served as the speaker of Andrew Rankin Memorial Chapel, Sunday, November 13.

Amongst the congregation of Howard students, alumni, and faculty were members of Edelman’s family and visitors from Spelman College, Marian’s alma mater, as well as Howard President Wayne A.I. Frederick. Edelman offered her guidance to the issue pressing on everyone’s hearts and minds: The election of President-Elect Donald Trump to the presidency.

Edelman delivered a sermon with one key message in regard to last Tuesday’s troubling election outcome: Move forward.

Using the Bible story of Noah’s Ark as an analogy, Edelman persuaded her listeners not to be discouraged by the momentous task that lies ahead and to organize as a community at local and national levels. Instead of mourning defeat, Edelman cited investment in children’s education and health as the means to which all people can overcome the steep racial disparities existing in the nation.

Though the president-elect’s policies on education are uncertain, Edelman insisted on the power of the people.

“Trump is not going to determine the future of our children,” said Edelman.

With approximately 15 million children living in families below the poverty line, according to the National Center for Children in Poverty, Edelman addressed the issue and was adamant about giving audience members permission to feel the shock and hurt of the election, but not to remain paralyzed by it.

Jennifer Miley from Panama City, Florida, said that she traveled all the way from her current home in Landover, Maryland to see Edelman speak.

“She’s been my idol from the time I was a preschool teacher. I absolutely love her,” said Miley.

Those in attendance also agreed with the message Edelman expressed throughout her sermon.

“We really need to put our focus and energies on ensuring our kids get educated and the opportunities are there for them, so they can take advantage and have access to the things this country has to offer,” said Alma McPherson, a Howard University alumna, who shared her main takeaway from Edelman’s sermon.

“Get the cry out. Deal with the emotion. Deal with it. Don’t ignore it, talk it through, now move forward,” McPherson said.