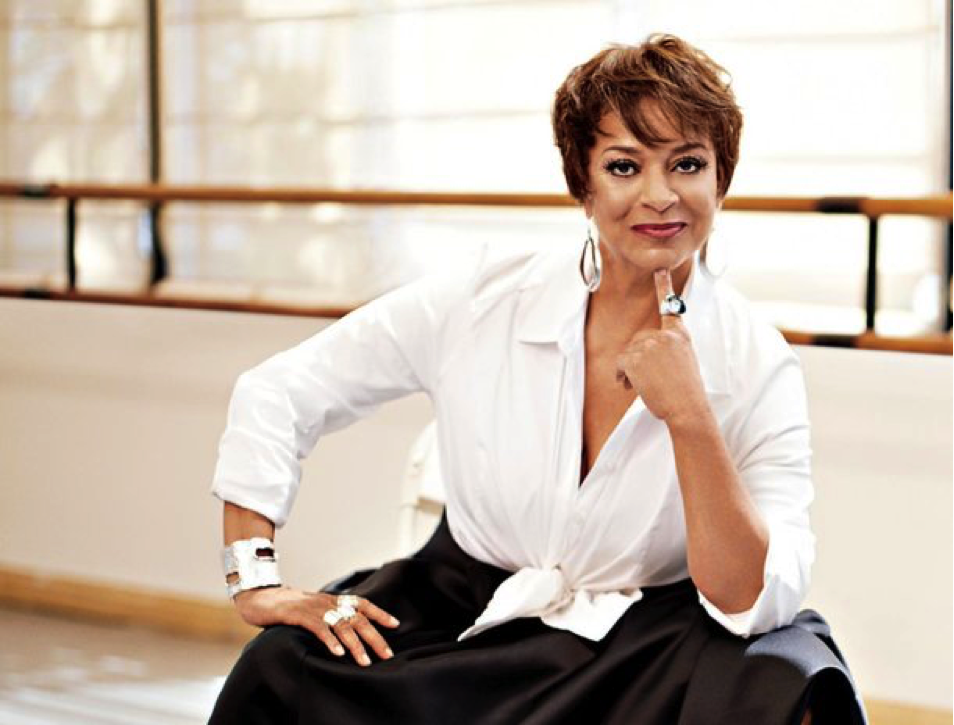 On Monday, October 24, dance-extraordinaire and distinguished, Howard alumna, Debbie Allen, candidly shared her perspectives on race-relations, gun violence, poverty, and access to the American Dream on a panel, which served to galvanize the D.C. community and beyond. Hosted by the Center for American Progress, a progressive public policy research  and advocacy organization headquartered in the D.C. area, the Emmy-and-Golden Globe Award-winning choreographer, director, producer, and writer discussed her latest multimedia, musical production, “Freeze Frame…Stop the Madness” and how she combines art and activism to address and tackle these critical issues which have severely impacted the nation.

Joined by other distinguished community leaders and changemakers such as Lucia McBath from Everytown For Gun Safety, Layla Zaidane, Managing Director of Generation Progress, Jose Osuna, Director of External Affairs of Homeboy Industries and Dejuan Patterson, community organizer and business consultant for the BeMore Group, and moderated by Washington Post opinion writer, Jonathan Capehart, Allen shared her personal motivations behind “Freeze Frame” which premiered last week at The Kennedy Center.

“Freeze Frame is a lot of things. It is every aspect of my creativity,” Allen said. “I used everything I could to be a lens which I could create a voice and a face and expand the footprint of what is really happening in our cities,” she continued.

Allen, who is a native of Houston, Texas, also candidly shared her first-hand experiences growing up around gun violence. Despite the pervasiveness of gun violence circulating in the media, Allen expressed to the audience how overwhelmed and distraught she becomes every time she hears about lives lost.

“As a child, I was so affected by the assassination of President Kennedy,” Allen said. “There were so many different acts of violence, but the gang violence was just too much for me, and I am never desensitized to it.”

“I would weep if I picked up the paper and read about a kid, a baby, in a stroller killed due to a gang crossfire,” she continued. “Or a kid dead, due to mistaken identity by the police or a police officer, dead, after responding to a call. So, I just feel like the work I am doing is a very spiritual thing. It wakes me up, it puts me to bed — it is my church.”

While the panel discussion was already sentimental due to the heaviness of the topic at hand, it was Lucia McBath’s personal commentary on the loss of her son, Jordan Davis, to racialized violence that brought the crowd to tears. Davis was shot and killed at a gas station in Jacksonville, Florida on November 23, 2012, by Michael Dunn, who objected to the loud rap music which Davis and his four friends were listening to in their car. Davis was only 17-years old. When the moderator, Jonathan Capehart, asked McBath to talk about her son’s personality, even he too, was reduced to tears after hearing her response.

“Jordan was very fun-loving; he was so much fun to raise,” McBath said. “He was very easy to care for and he loved adventure. He asked fifty-thousand questions; he was so inquisitive. “But one thing I do know is the things that I asked God for in a son, he gave them to me in him,” McBath said.

“Despite what happened with Jordan, I received it,” she said.

McBath also recalled a moment in which Jordan told her that what happened to Trayvon Martin, who too, was a 17-year old Black male fatally murdered by George Zimmerman on February 26, 2012 in Sanford, Florida, would never happen to him.

“I remember talking to Jordan about Trayvon. I remember the day, and he was in my bedroom and he said, ‘Mom, why did that man shoot Trayvon? He wasn’t doing anything wrong. Mom, did he just shoot him and kill him because he was Black?,’ McBath said.

“So having to have that discussion with Jordan and understanding too, that this is a pervasive attitude a lot of white, Evangelical, conservative men in the country have — that they are the authority and that young, Black males have no place. I remember [Jordan] saying to me that ‘what happened to Trayvon won’t happen to me,’ McBath continued.

In continued efforts to prevent racialized state violence and gun violence, the panel acknowledged the efforts of young people, especially young people of color, who are using social media and art as tools for their activism. Discussing the power of the youth in challenging structures and systems which seek to undermine and oppress, when Allen was asked about her alma mater, Howard University, and the activism of the students, she recognized the political legacy of the University, which is inescapable — even in the present age.

“I would like to familiarize myself with the latest news, but historically we have come out swinging,” Allen said. “Looking at the Fine Arts department, we are actors in the field. We are CNN journalists. We are writers. We are cinematographers. We have probably crossed every field.”