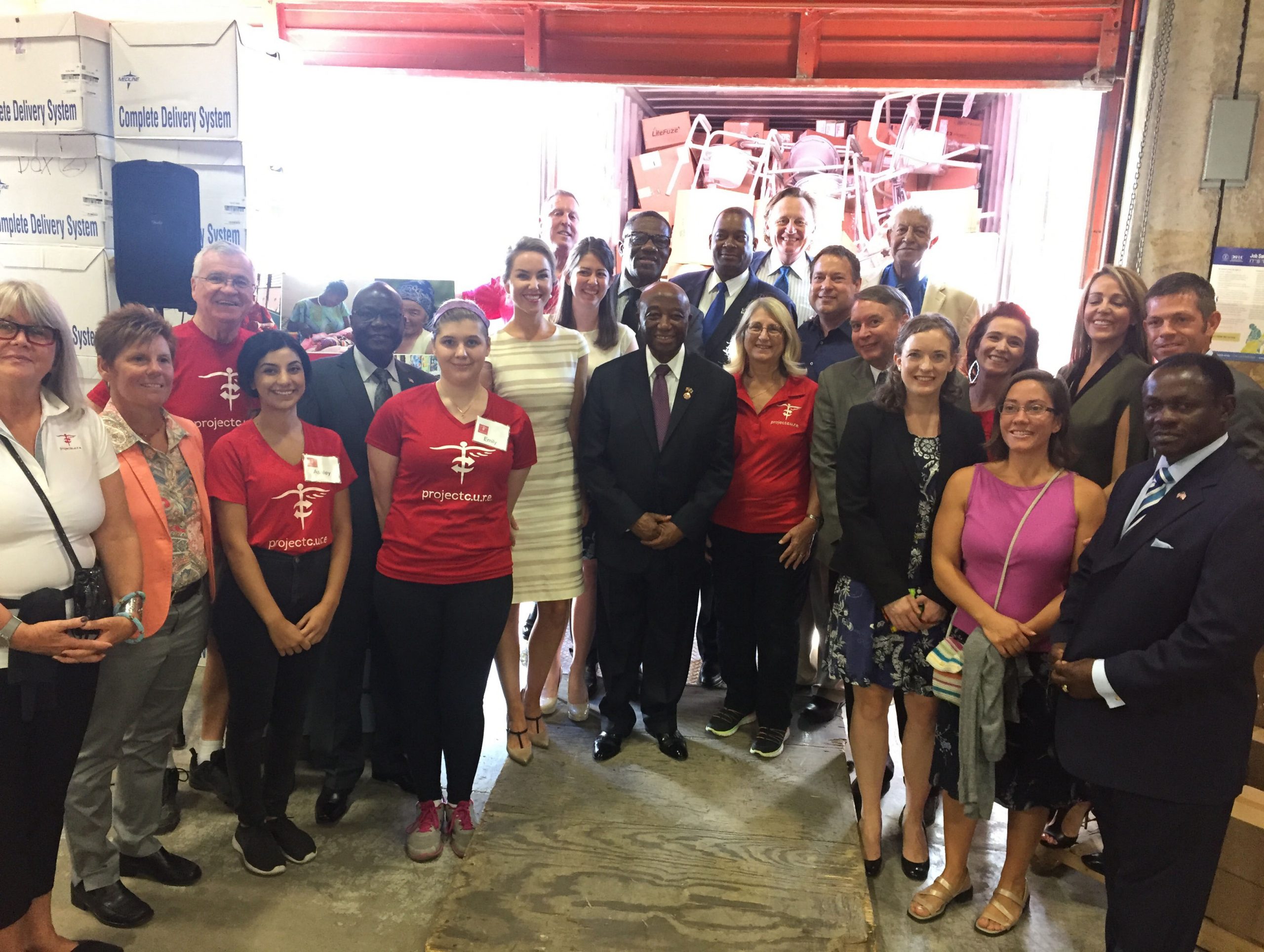 Ties between the Republic of Liberia and the United States are historic and linked by heritage, the Vice President of Liberia stated during a four-day a cultural and trade delegation that came to Arizona on the last leg of a trip to the U.S., to renew and expand business, academic and cultural ties.

Senior Vice President of the Republic of Liberia Joseph N. Boakai, Sr., accompanied by a team of advisors in Arizona, gleefully mentioned that the U.S. presidency of President Barack Obama historically extends to Liberia and their uniquely shared principles of freedom and democracy. Liberia was founded on the principle that African-Americans could find a better way to survive and prosper by leaving the U.S. Thus, the American Colonization Society (ACS) formed in the early 1800’s, years before the United Negro Improvement Association by Marcus Garvey took hold the next century. Nearly 12,000 freed men, women, slaves, abolitionists and missionaries, according to John Hope Franklin’s From Slavery to Freedom, fled through the early 20th century to a country named for Liberty, and whose capital was also named for U.S. President James Monroe.

“President Obama is the 11th Black President from the United States,” Boakai wryly noted to the delegation that included state officials, business, and religious leaders. Boakai said that the first 10 chief executives of Liberia, who’s flag models the U.S. Star and Stripes, were African-Americans.  Liberia’s first President, Joseph Jenkins Roberts, born in Petersburg, Virginia, followed his mother and other brothers to Liberia through the persuasion of the ACS.  He became a successful merchant, and through the death of a white colonial governor who was his mentor, later became Liberia first African-American president in 1848. Although Roberts lost his re-election bid in 1856 to his vice president, Stephen Allen Benson, he was later re-elected as Liberia’s seventh president in 1872.

“We are the longest serving, longest existing democracy on the continent,” Boakai intoned, commenting as the Liberian delegation toured the State of Arizona’s Executive Tower and the offices of Arizona’s Governor, Douglas (Doug) Ducey and Arizona’s Secretary of State Michele Reagan.

The ties to Howard University also extend more than 100 years, according to the U.S. ambassador to Liberia, where Howard University College of Law Dean Thomas Greener, the first graduate of Harvard University, then Harvard College, was given an honorary doctorate of laws degree from Liberia College, now Liberia University of Monrovia.

“Howard University is where the Liberian Constitution was drafted,” Liberian U.S. Ambassador Jeremiah Sulunteh stated, as the Liberian delegation prepared to visit the Phoenix campus of the University of Arizona College of Medicine. Howard historian and legend Rayford Logan, Ph.D., noted in Howard University – The First 100 years, 1867-1967, that HU President James Nabrit, with others, promoted Pan-Africanism, and met with governmental leaders in Liberia, Ghana, and other nations. Those meetings, and the resulting surge in enrollments from those countries helped to earn HU’s moniker as “The Mecca,” Logan writes.

During the more recent tenure of Howard President James Cheek, former Liberian Ambassador to the US, S. Edward Peal (1923-1991), who, by fortune of timing, escaped capture and imprisonment in Liberia resulting from a coup in the late 1980’s, worked as a consultant to Howard University, while in exile. Peal’s oversized influence in Liberia, among other African nations, the US State Department, at Howard, and on Embassy Row, could not be disputed, as confirmed by late 1970’s and early 1990’s clippings from Ebony, Jet, The New York Times and The Washington Post.  There were only two independent African countries during the colonial period, Ethiopia and Liberia, according to Moorland-Spingarn’s Senior Archivist Tewodros (Teddy) Abebe. While Liberia declared its independence in 1847, Ethiopia maintains its status as the oldest nation on the continent, and one of the oldest civilizations in the world with a history that predates Biblical times.

“Liberia,” Vice President Boakai stated, is innovatively “reaching to partner with countries to draw resources and industries together. We would rather work with Americans, based on our history, than with China.” And while Arizona was among the forefront of states Boakai visited last week, he elaborated on his country’s richness in ores and minerals that include iron, gold, and diamonds. Liberia is verdantly rich with industrial products like rubber and grains, but needs agricultural and mechanical infrastructure to support manufacturing, he said.

A 14-year civil war, which flowed with the assassination of President Samuel Kaynon Doe in 1990, resulted in more than 500,000 deaths, the decimation of roads, schools and culturally important venues. More recently, the Ebola epidemic in 2014, hobbled the country, again, urgently accelerating plans to rebuild and improve infrastructure.

To that point, Boakai and his delegation paid a visit and tribute to the Tempe, AZ, Warehouse of Project CURE Tuesday. Their reception at the warehouse included more than 40 volunteers, guests, business, government and civic leaders, who helped to fill the remaining spaces of a 40-foot cargo container with more than $350,000 of medical supplies, including sanitary gloves which helped to stem the Ebola epidemic in 2014. Project CURE CEO Douglas Jackson, Ph.D., told the audience that he hoped for a day when those shipments to Liberia and other nations hard-hit by medical crises, from that warehouse and the five others, would no longer be needed. Jackson said that the time to build and support a country’s medical infrastructure was not during a crisis. He mindfully noted that Project CURE had helped, with other agencies and NGO’s, to make a difference since 1987, when Jackson’s father, Dr. James Jackson, who founded the effort with his wife resulting from a visit to a small clinic in Brazil where he noted their poverty, but paralyzing need for medical relief.

Memoranda of understanding, agreements arranged between colleges and universities, were signed with University of Arizona, Arizona State University, Northern Arizona University, Maricopa and Pima Community College Systems, Tempe Union School District and several other Arizona school districts earlier this week. Secretary of State Michele Reagan, who, as acting governor, on Monday, floated a proposal to Boakai that the Arizona Governor’s office lead a trade delegation with Arizona business leaders, state officials and decision-makers to resource-rich Liberia following its presidential election October 2017. Boakai has indicated he will run for President of Liberia, then.

Boakai invited others beyond the delegation, to come to Liberia to strengthen partnerships and cultural ties. The vice president’s Arizona trip was organized by the Liberian Association of Arizona, and principally by Dr. Robert Sherman, a former Liberian high-level governmental official. The trip highlighted the areas of need for local Liberian living in Arizona, as well.