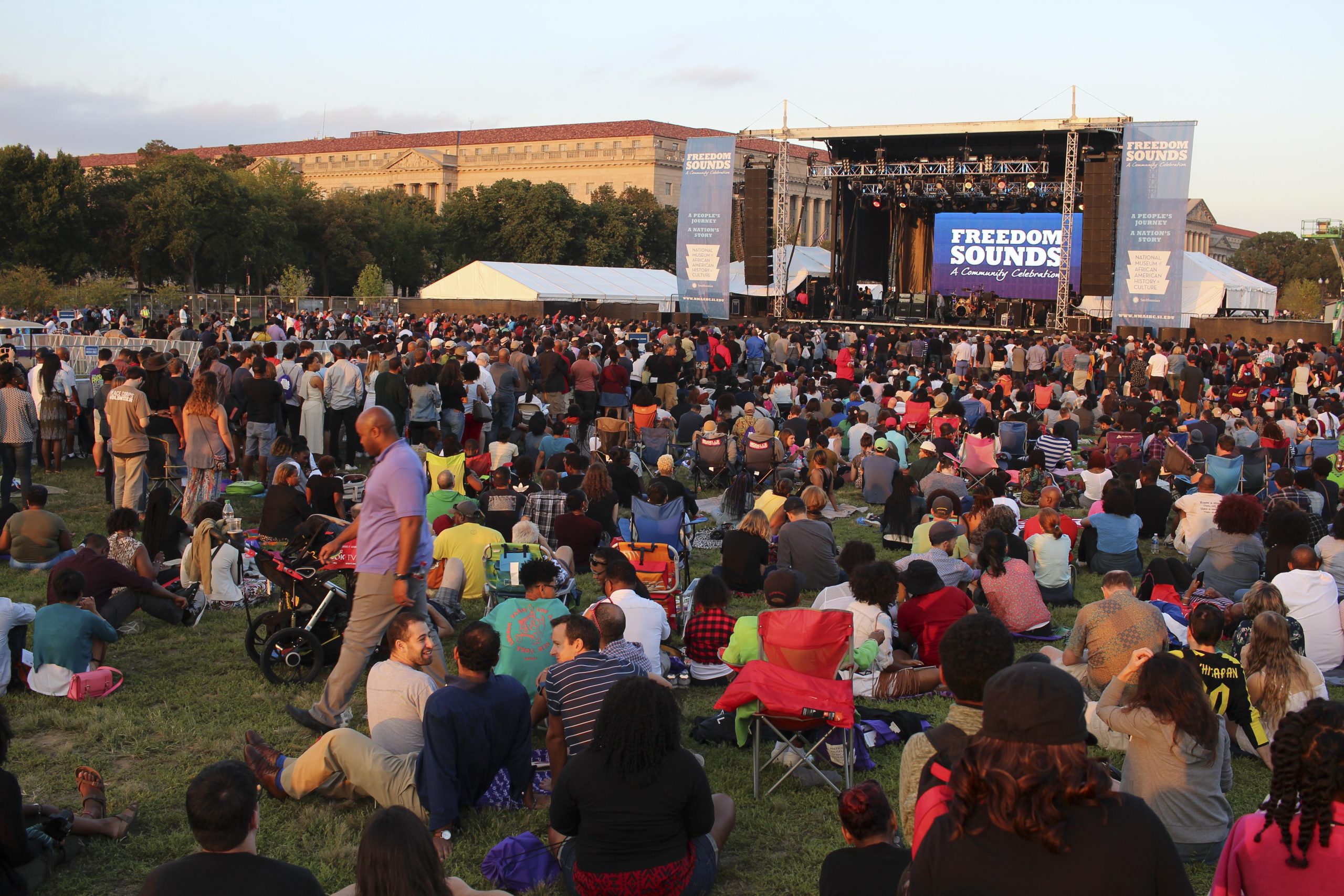 Adjacent to the brand new Smithsonian National African American History and Culture Museum and just below the Washington Monument, thousands rapped along to “Fight the Power” as infamous hip-hop group Public Enemy captivated the audience in celebration of the museum’s opening.

Hours before, President Barack Obama had rung the bell in honor of the official opening of the NMAAHC. Prior to, excitement erupted as the opening party, Freedom Sounds: A Community Celebration, kicked off on the Washington Monument grounds.

Freedom Sounds was a three-day music and culture festival from September 23 to 25 that hosted live music, dance, spoken word and oral history on park grounds. Each day of festivities was themed: Friday, “Homecoming”; Saturday, “Celebration”; and Sunday, “Call and Response.” A diverse crowd in every style–from dashikis and N.W.A. t-shirts to three-piece suits and Kaepernick jerseys–shared this historic moment enclosed between the Gil Scott Heron, Fannie Lou Hamer, and Freedom stages. On Saturday, talent at the event was spectacular, which included Sonia Sanchez, the Freedom Singers, and the Morgan State University choir were all there. On Sunday, the festival held private performances from Experience Unlimited, Meshell Ndegeocello, and Angélique Kidjo.

On Saturday evening, Public Enemy called for justice as the crowd, fists up, engaged in Chuck D and Flava Flav’s impassioned performance of their greatest hits. This was following an alternative set by the band Living Colour, who offered a dynamic performance commenting on gentrification with “An Open Landlord to the Landlord” and vocalized their frustration with police brutality with a rendition of Biggie’s “Who Shot Ya.” To close the evening, The legendary Roots sent the crowd home with a legendary show during their hour-long set, including the classics “You Got Me” and “The Next Movement.” Questlove repeated “We want justice, not bullets,” until the crowd joined in. This was Freedom Sounds.

Obviously an emotional setting for some, Freedom Sounds was as a space for attendees old and young to reflect on the long journey to the opening of this museum. Individualism was exchanged for a sense of community, and the festival provided a forum outside of the museum to have important conversations about the past, present, and future of Black America. Complex themes were explored throughout the festival, from pan-Africanism identity to the prison industrial complex.

Dance battles broke out and throngs of singing Black people lined the crowded area. Despite the pitchy vocals from the stranger next to you, or the few times someone shimmied across your foot, there was a certain comfort that only exists in spaces like this. There’s something empowering about singing and dancing along with people with your shared experiences and respect for mutual history and culture–something a museum alone cannot capture, but a celebration of that could facilitate.