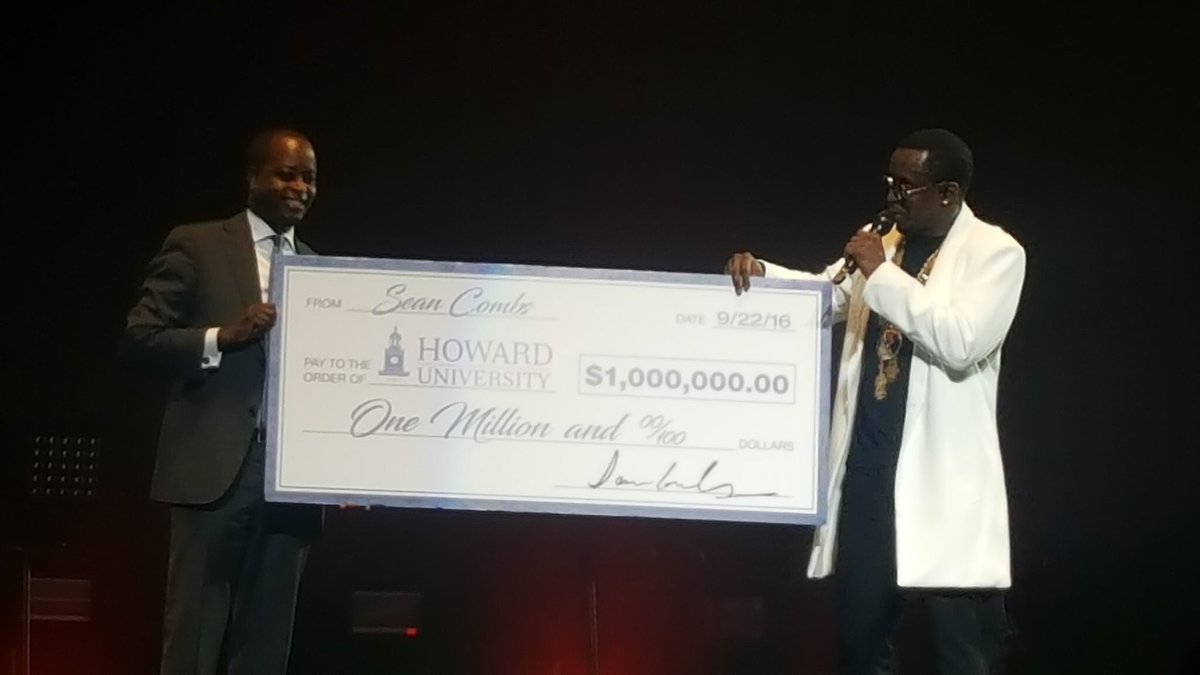 “Take That, Take That:” Diddy Gives Howard U $1 Million For Scholarship

In a surprising announcement at the Verizon Center in Washington, D.C., music artist, record producer and entrepreneur Sean Diddy Combs has given back to Howard University, the grounds where he began chasing his goals in 1988 that led to starting his career, in the best way: A $1 million dollar check in a scholarship fund to The Mecca.

The $1 million was given to Howard President Wayne A.I. Frederick on stage during Combs’ “Bad Boy Reunion Tour,” Thursday, September 22, as according to Combs the check is for “anybody that can’t pay their financial aid.”

“Make some noise one time y’all,” Combs said after the announcement. “Dr. Frederick, thank you. I present this to you.”