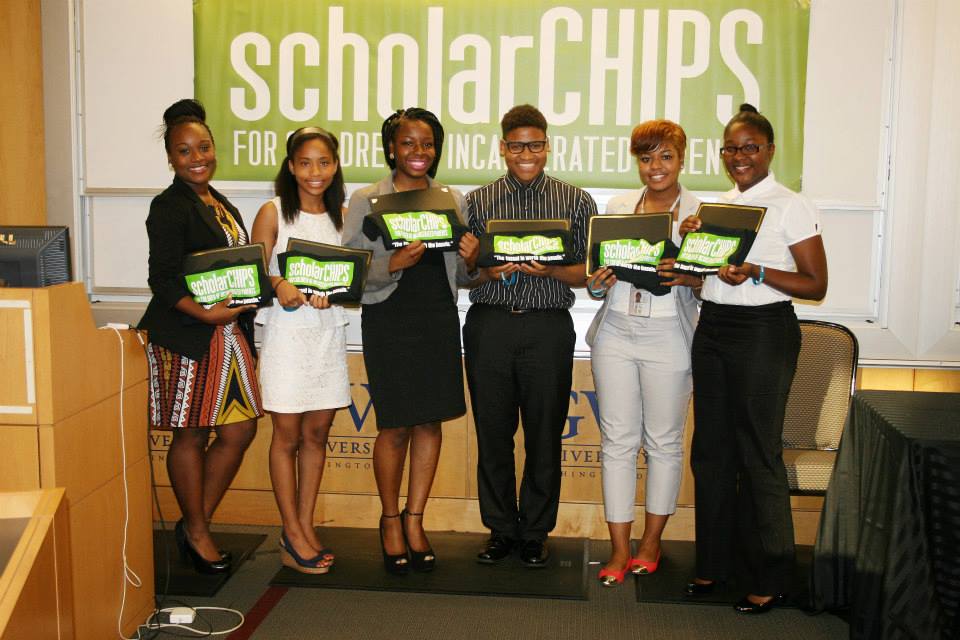 ScholarCHIPS: The Scholarship for Children of Incarcerated Parents

“When I was a freshman in high school, my mother passed away leaving my grandmother to be mine and my siblings primary care giver,” said Yasmine Arrington, founder of ScholarCHIPS, an organization that provides scholarships for children of incarcerated parents. To date, ScholarCHIPS has awarded over $80,000 of scholarship money to 29 students.

Arrington began ScholarCHIPS back in 2010 as a junior at Benjamin Banneker Academic High School. During the time, she was a fellow in a non-profit after school program based in D.C. called LearnServe International, which teaches local youth about social entrepreneurship and social change.

LearnServe International challenges the youth to identify issues in the community that they want to see change or improve, and for Arrington that issue was mass incarceration.

To catapult ScholarCHIPS from an idea into a reality, Arrington gathered a group of three adults to serve as the founding board. Since then Arrington has grown the board to 10 board members, two of whom are Howard University professors, Dr. Bahiyyah Muhammad, professor of Criminology in the Department of Sociology and Anthropology, and Dr. Harold Trulear, professor of Applied Theology at the School of Divinity.

“Dr. Muhammad has done extensive research about children with incarcerated parents throughout the world and I was excited when she reached out to me to get involved with the foundation,” said Arrington. “I was so impressed by Dr. Trulear’s passion for prison ministries through his non-profit, Healing Communities.”

According to the National Resource Center on Children and Families of the Incarcerated at Rutgers University, more than 2.7 million American youths have at least one parent in federal or state prison, and will reach age 18 while a parent is behind bars.

“In D.C., there is no longer a jail prison system, but what that means for children is that once their parents are sentenced they are shipped out of the District and sent to prisons around the country. As a result, many children are then unable to see that parent,” said Arrington.

According to the Department of Education, in D.C., 50 percent of high school students graduate, but only 15 percent of those students attend college.

“I am the child of an incarcerated parent whose father has been in-and-out of the ‘revolving prison door. It was upon applying for scholarships to help pay for college, that my grandmother mentioned that there were none for kids with incarcerated parents,” Arrington said.

Currently a second year master of divinity candidate at Howard’s School of Divinity, Arrington is a multifaceted student: She is a member of Zeta Phi Beta Sorority, president of the Divinity school’s Student Government Association, a preacher, a motivational speaker and a model.

She has received a Peace First Prize, been on Black Girls Rock, has made numerous interview appearances for her community work in The Washington Post, TeenVogue, Essence, Black Enterprise and Forbes Magazine and ABC7 News.

Despite the notoriety, Arrington never stops looking out for those who have withstood similar backgrounds as her own.

“I aspire to be like Oprah Winfrey and Tyler Perry, since they were able to rise from their childhood travesties,” said Arrington. “I want to be like them, and be able to give back to the kids freely.”

For more information on how to donate or get involved, please visit www.scholarchipsfund.org or www.yasminearrington.com.