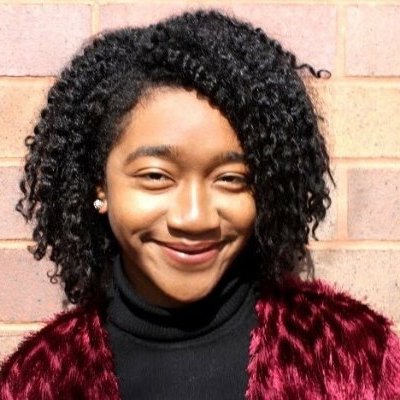 When police officers appeared at Nia Hill’s home last August to evict her family, panic filled every part of her Chicago household except the place at which she stood. She did not yell, cry or fight, despite her mother and sister’s reasonable trepidation.

“I decided to go take a shower, which was a weird thing to do at the moment,” Hill said. “It was even more weird thinking about how this was the last shower I was going to take in that apartment.”

Nia’s neighborhood of North Lawndale in Chicago in is ranked fourth out of the city’s 77 most violent areas. It is the type of community that can provide many distractions for young people who do not necessarily possess a strong mental fortitude. Nia Hill is not one of those people.

When most seniors across the country were making important decisions regarding their futures, Hill and her family were struggling to find a stable home. Education has always been a vital part of Nia’s life. Fortunately, an organization assisted her with all things college-related, ensuring that her hard work would not be in vain regardless of her circumstances. Leaders at the Chicago Scholars Foundation, a program which Nia is still a part of, were determined to tell her family’s story in hopes of raising money to fund her education.

Fast forward one year later, she and more than one hundred other high school students were invited to the White House for the “Beat the Odds” Summit. There she met First Lady Michelle Obama along with a number of other distinguished guests.

“It was an amazing experience,” said Hill. “I felt honored because I was one of only 150 high school students from across the country to be invited to the event to see her. It made me realize that we’re losing an amazing first family.”

Now on a full scholarship here at Howard University, the freshman accounting major looks to find her footing in a school full of new opportunities.

There is a stillness about Nia Hill. It is nothing like a shrinking withdrawal but more of a quiet confidence that is evident upon meeting her. At the core of her calm demeanor is her unwavering faith, the same faith that consoled her that day in August, and in every unfamiliar place she slept in the months thereafter.

“[My experience] helped me get closer to God and it was able to strengthen me as a person,” she said. “I’m grateful for it but I wouldn’t want it to happen to someone else.”