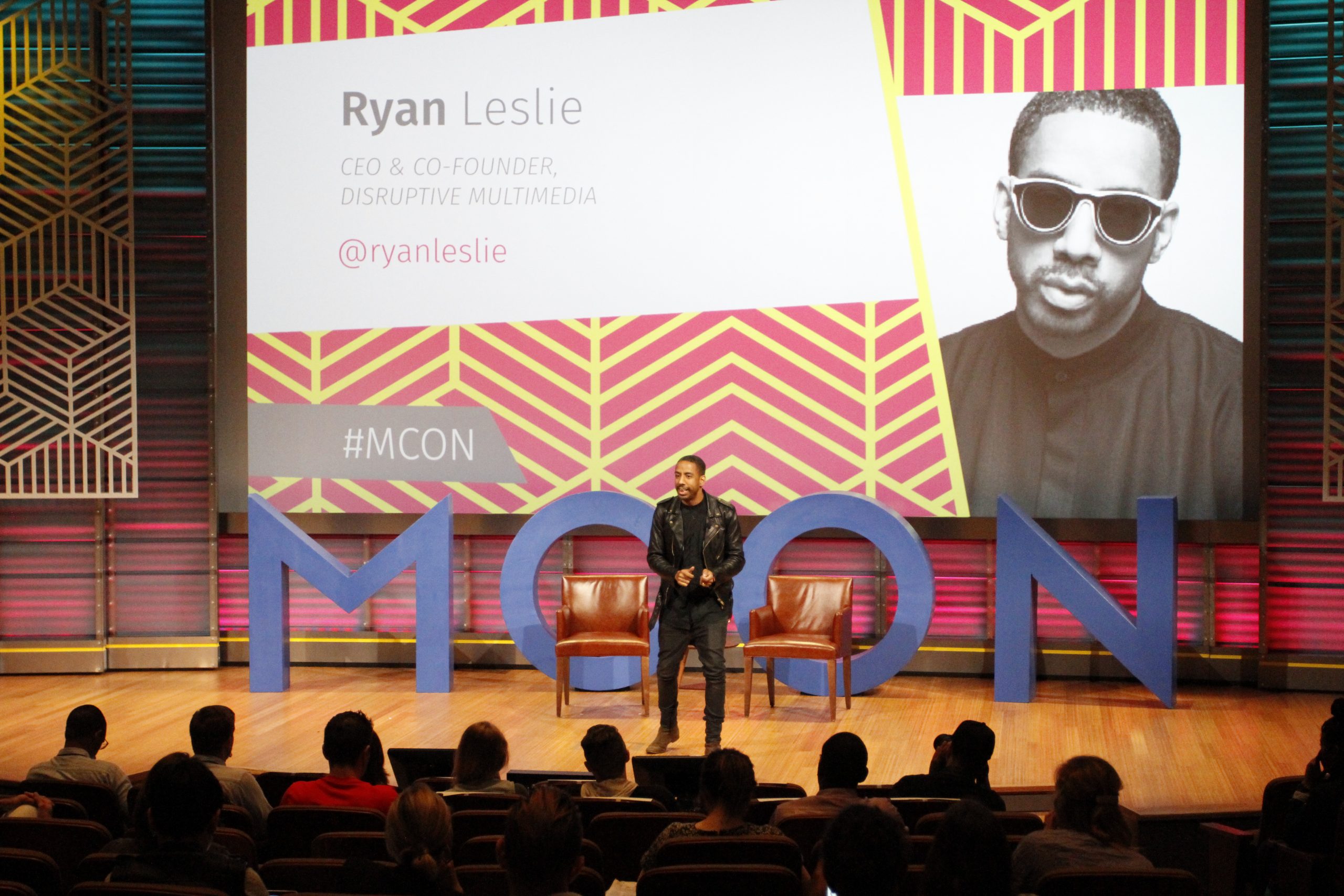 On a stage with his signature blue vest and bright, orange sneakers that was worn during his involvement in the Ferguson uprising in 2014, former Baltimore, Md. candidate and political activist DeRay McKesson expressed to a millennial conference audience of more than 700 that “we need to organize at all levels.”

McKesson, as well as more than over 45 prominent speakers in diverse backgrounds of politics, journalism, comedy, entrepreneurship and activism, engaged with attendees during MCON 2016, a three-day conference designed to “turn interest into action” focusing on the millennial generation at the National Geographic Museum, June 21-23.

“This is not a traditional event,” said Jean Case, chief executive officer of The Case Foundation and chairman of National Geographic Society. “We wanted to have people think differently about the world and, hopefully, inspired to make a difference in the world.”

The conference, hosted by The Case Foundation and marketing agency, Achieve, expanded to a digital audience to engage with online participants during the three days. Also considered a multigenerational conference, the event was designed for “people who give a damn about social change.”

“What we’re all about is using the power of science exploration and storytelling to change the world. We can use the power of technology to make a real difference,” said Gary Knell, president and CEO of the National Geographic Society.

Case said that when it comes to Millennials, a demographic cohort following Generation X and the conference’s key audience, she believes that “they are the next greatest generation.”

Originally started in 2010 as an online, virtual experience, MCON grew into a one-day conference from 2011-2015 until 2016. This year marked the first time MCON has evolved into a three-day conference.

Case said MCON was inspired by millennials’ who desired to come together for the common good and grounded in research from The Millennial Impact Project.

With the ongoing political climate of the 2016 Presidential Elections in foresight, MCON 2016 ensured to showcase a variety of political, environmental and social activists, as well as entrepreneurs to allow millennials the opportunity to directly engage with the primary issues.

Smith, special assistant to President Barack Obama for My Brother’s Keeper, a 2-year-old initiative launched by President Obama to address persistent opportunity gaps faced by boys and young men of color, said that as citizens “people have to get involved and engaged.”

“They have got to volunteer and they have to give back. That’s something the president is really pushing in a big way not only to My Brother’s Keeper, but to our society,” said Smith.

“The president is committed to civic engagement and about who you vote for. The highest role that any one can have in America is the role of a citizen.”

Along with the political scope, entertainers and entrepreneurs also engaged with participants during the conference. Music artist Ryan Leslie, who is also CEO and co-founder of Disruptive Multimedia, expressed the importance of relationship building among a network.

Recently, social media has been a tool for many millenials to voice their concerns towards social justice, to include advocates and activists from a variation of issues.

McKesson, who surprised many by entering the Baltimore, Md. mayoral primary race as a Democratic candidate in February, ultimately finishing sixth in April, said that the power of social media being used for social justice is “only the beginning.”

“Young people I think are the most imaginative and willing to push the envelope into taking big risks,” said McKesson, who is also co-founder of the Protester Newsletter and Campaign Zero.

And that’s what Starla Hart-Officer, a MCON participant and entrepreneur from Indianapolis, Ind., said she would be intending to do looking ahead.

Hart-Officer said, “It’s critical to be involved because there’s so much passion and drive, especially with the current connectivity of the world through technology.”