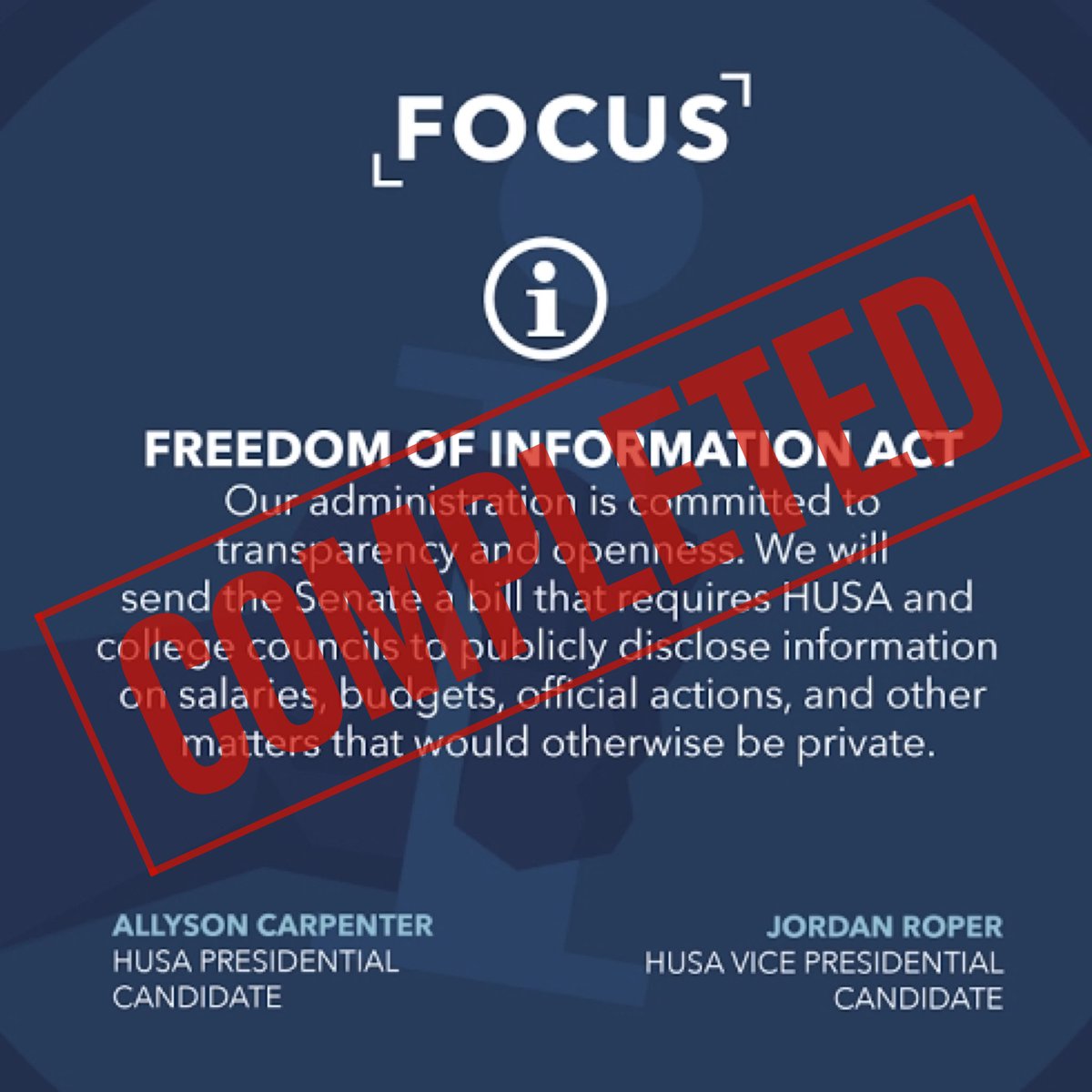 The FOIA bill, originally proposed by Carpenter to the Senate during last month’s HUSA Senate meeting, is designed to create transparency in publicly disclosing HUSA, school and college councils’ information that would normally be private to the student body.

The Hilltop editor-in-chief Paul Holston said that the FOIA bill is exactly what what journalists across the Howard University student body need in order to hold accountability for all student leaders across campus.

“I commend President Carpenter on not only introducing this bill, but being able to officially pass it,” said Holston. “For anyone who is a journalist on campus, this is a win-win. This will not only allow students with positions of authority to be transparent in their decision-making, but will hopefully encourage the rest of the Howard community to do the same.”

We thank the @56HUSA @HUSASenate for their work in getting this bill signed. This will immensely help @TheHilltopHU. https://t.co/5XhoFtlrQk

Executive President of the School of Communications Council Zachary Johnson said that “transparency should definitely be an integral part of any student government organization.”

“I’m glad steps are being taken to ensure that this principle becomes a part of the student government culture at Howard, where a lot of deals, exchanges of information and decisions get made behind backs and closed doors,” said Johnson.

The signing of the FOIA bill comes right before the HUSA 2016 Constitutional Convention, which begins today with meetings to start on Monday, July 11. The Hilltop held a press conference through a Twitter chat with both HUSA and HUSA Senate earlier this afternoon. Participants can follow up with the conversation with hashtags #HUSACon16 and #HUSACon2016.