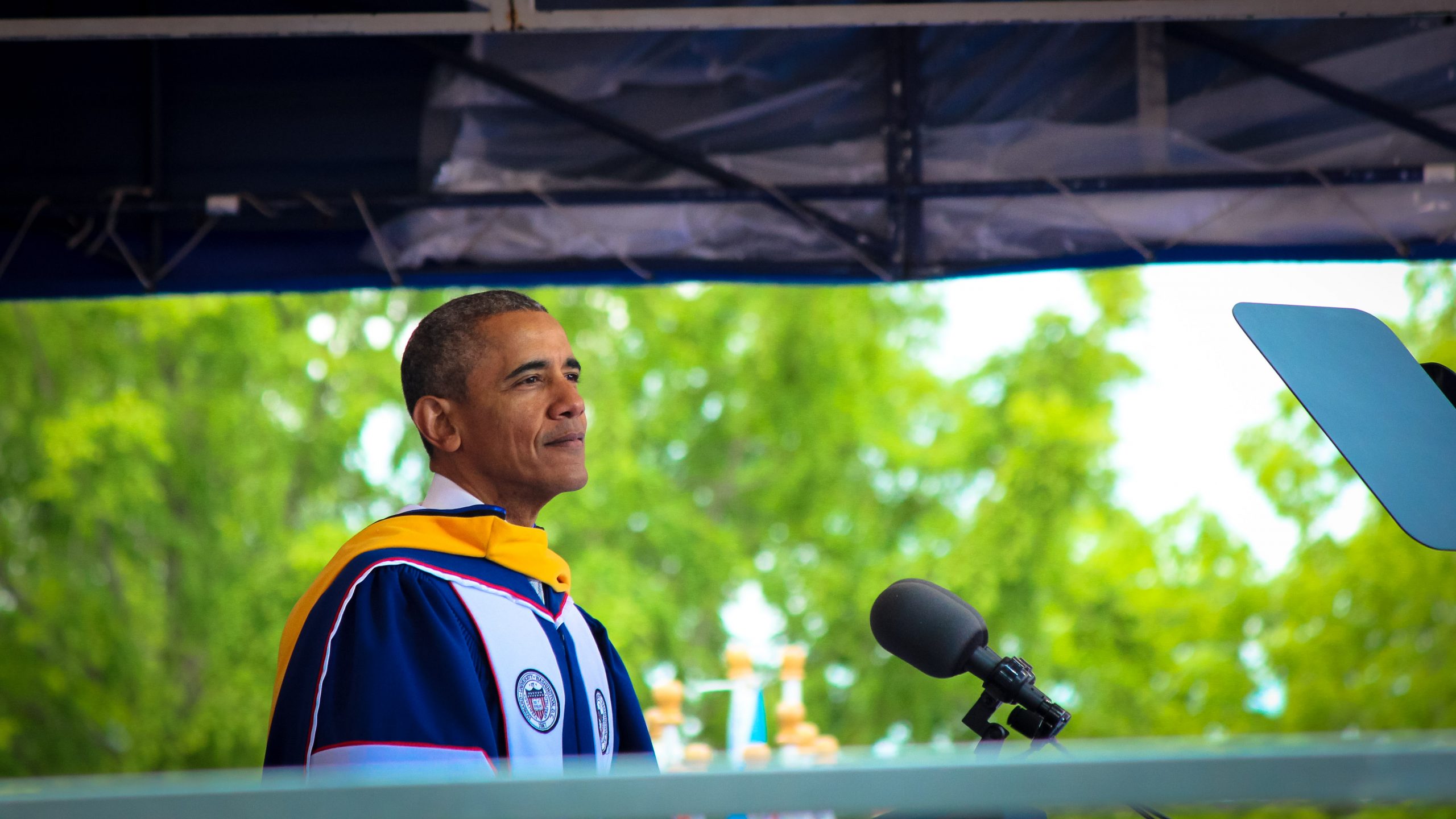 In what will go down as one of the most significant moments in Howard University’s history, President Barack Obama delivered a strong, eloquent and inspirational message to the graduating Class of 2016 Saturday morning on the Upper Quadrangle of Howard’s main campus, also known as The Yard.

In his almost 90-minute speech, the president addressed a variety of topics to include racism, income inequality, social justice, and remembrance of the many contributions from African-American history. This was Obama’s third address as a sitting president to a Historical Black College and University and would be one of his last keynote addresses towards an HBCU.

“Make no mistake Class of 2016, you’ve got plenty of work to do,” said Obama. “But as complicated and sometimes intractable as these challenges may seem, the truth is your generation is more positioned than ever to meet those challenges, to flip the script.”

Before Obama came to the podium to speak to the almost 2,300 graduates, Howard University President Wayne A.I. Frederick said, “There has been a 51-year hiatus since the last sitting United States President has spoken at a Howard University Commencement. I believe that the excellence we have produced with the class of 2016 and the standard of excellence associated with the 44th President of the United States is a fitting sequel.”

Along with the graduating class, an estimated 25,000 people were in attendance to hear the president speak. Throughout his speech, Obama pushed the Class of 2016 to be the generation of producing leaders in a time that is now.

“You have to go through life with more than just passion for change; you need a strategy. I’ll repeat that. I want you to have passion, but you have to have a strategy,” said Obama.

“Not just awareness, but action. Not just hashtags, but votes. You see, change requires more than righteous anger. It requires a program, and it requires organizing.”

His remarks were frequently met with several enthusiastic applauses and emotional expressions as the graduating class listened to the words of the president.

Aliya Jones, a television and film major graduate, said she was beyond excited for the president to come back to The Mecca.

Alana Carroll, a psychology major graduate and Sacramento, Ca. native, was one of 1,300 to receive her degree and felt ecstatic to complete her undergraduate chapter.

“I’m relieved and excited. I’m just so happy to be finished,” said Carroll, who completed her studies in Dec. 2015, but came back to The Mecca to receive her degree. “It’s just a really exciting time for everybody, especially for [President] Obama being our speaker.”

Marshaun Hall, a biology major graduate and first of his seven siblings to graduate from college, said the commencement was incredible and prolific.

“It’s funny because when we came as freshman, we all went down to his inaugural ceremony and hoped ‘what if’ he was the same guy who gave our commencement speech when we graduated,” said Hall, a Madison, Wis. native. “It turned out to be him and it was an amazing feeling. Hearing what all he said was very inspirational.”

As he concluded, Obama had resilient words of advice to both the graduating Class of 2016 and the jam-packed audience as he reminded them of the importance of their journey.

“And when your journey seems too hard, when you run into a chorus of cynics who tell you that you’re being foolish to keep believing or that you can’t do something, or that you should just give up, or you should just settle — you might say to yourself a little phrase that I’ve found handy these last eight years: Yes, we can. Congratulations, Class of 2016!”